The American Dream Up For Sale: A Blueprint for Ending International Labour Recruitment Abuse

Each year, hundreds of thousands of people from around the world are recruited to work in the United States on temporary work visas. Internationally recruited workers are employed in a wide range of U.S. industries, from low-wage jobs in agriculture and landscaping to higher-wage jobs in technology, nursing and teaching. Regardless of visa category, employment sector, race, gender or national origin, internationally recruited workers face disturbingly common patterns of recruitment abuse, including fraud, discrimination, severe economic coercion, retaliation, blacklisting and, in some cases, forced labour, indentured servitude, debt bondage and human trafficking. This report shows how structural flaws in work visa programs increase the vulnerability of workers to human trafficking. 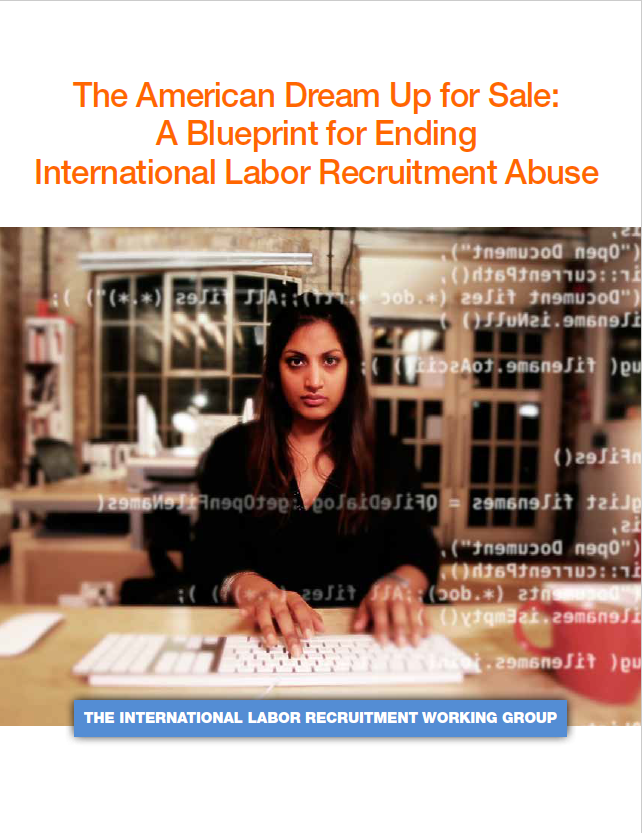 Land But No Freedom: Debt, poverty and human suffering in the Philippine banana trade

This case study is one of a series of case studies to supplement the global campaign report, Ripe for Change, drawing attention to the plight of specific groups of small-scale farmers or workers in international food value chains and/or promoting su...Read More

The research finds that most companies complied with the minimum requirements of modern slavery reporting, with clear groups of leaders and laggards within the ASX200. Perhaps unsurprisingly, given this is the first year of reporting, the majority o...Read More