The Case for an Australian Modern Slavery Act

Australia needs a “Modern Slavery Act” that addresses three issues as a priority:

By introducing an Australian Modern Slavery Act, the Australian Government has an opportunity to show leadership domestically and in the region to protect the victims of this atrocious crime and eradicate modern slavery.

An Australian “Modern Slavery Act” is needed as the next step to build on the existing voluntary initiatives, laws and international standards. It would address the unregulated gaps in global markets and harness the power of business to remove the profitability of modern slavery. Clear laws will level the playing field, so that companies doing the right thing or that are otherwise regulated by international laws (such as the UK Modern Slavery Act) are not undercut by unscrupulous companies or otherwise disadvantaged.

Legislation is a powerful tool to shape and change corporate behaviour. Laws are needed to respond to the growing calls from religious organisations, companies, civil society, investors, employees and consumers for more action to be taken to end modern slavery. 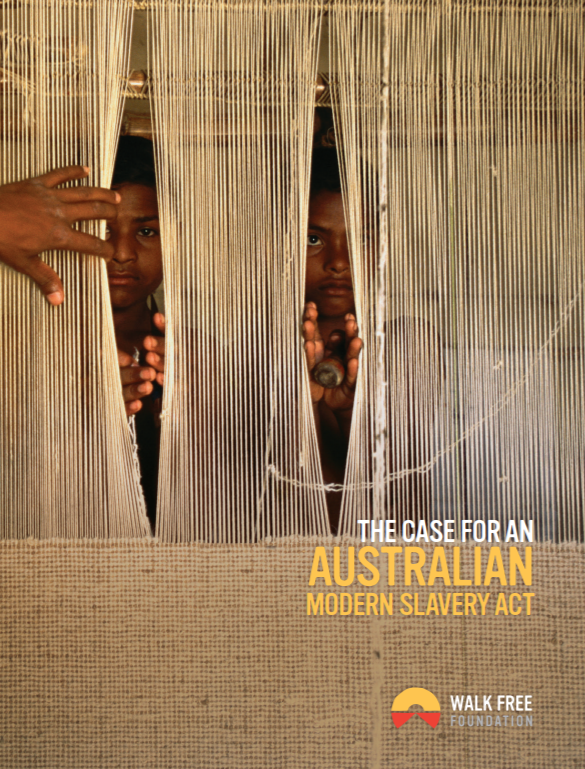 Catching the Virus Cybercrime, Disinformation and the COVID-19 Pandemic

Cybercriminals have been among the most adept at exploiting the COVID-19 pandemic for the various scams and attacks they carry out. With a record number of potential victims staying at home and using online services across the European Union (EU) du...Read More

Decision No. 8/07 Combating Trafficking in Human Beings for Labour Exploitation

The decision calls on OSCE participating States to: • Consider ensuring that contractors who knowingly use subcontractors involved in traf- ficking for labour exploitation can be held accountable for that crime; • Develop programmes to curb th...Read More

All Work, No Pay: The Struggle of Qatar’s Migrant Workers for Justice

Ever since Qatar was awarded the right to hold the 2022 World Cup, the treatment of around 2 million migrant workers driving the country's economy has been under the spotlight. Burdened by the debt of recruitment fees and bound by Qatar's sponsorshi...Read More