Until December 2000, the term “trafficking in persons” was not defined in international law, despite its incorporation in several international legal instruments. The long-standing failure to develop an agreed-upon definition of trafficking in persons reflected major differences of opinion concerning the ultimate end result of trafficking, its constitutive acts and their relative significance, as well as similarities and differences between trafficking and related issues such as irregular migration and the facilitated cross-border movement of individuals into prostitution or irregular employment. The United Nations Protocol to Prevent, Suppress and Punish Trafficking in Persons, Especially Women and Children, supplementing the United Nations Convention against Transnational Organized Crime (Trafficking in Persons Protocol) is considered to be “the principal, legally binding global instrument to combat trafficking in persons,” not least because it sets out the very first international legal definition of “trafficking in persons”. Under article 3 of that instrument, trafficking in persons comprises three elements: (i) an “action”, being recruitment, transportation, transfer, harbouring or receipt of persons; (ii) a “means” by which that action is achieved (threats or use of force or other forms of coercion, abduction, fraud, deception, abuse of power or a position of vulnerability, and the giving or receiving of payments or benefits to achieve consent of a person having control over another person); and (iii) a “purpose” (of the action/means): namely, exploitation, which includes, at a minimum, “the exploitation of the prostitution of others or other forms of sexual exploitation, forced labour or services, slavery or practices similar to slavery, servitude or the removal of organs”. All three elements must be present to constitute “trafficking in persons” except in relation to trafficking of children for which the “means” element is not required. The consent of a victim in trafficking is specified as irrelevant when any of the stipulated “means” are used. Achieving international agreement on the definition of trafficking in persons was widely considered to be a major step forward in articulating a common understanding of the nature of the problem and establishing the foundation upon which the necessary cooperation between States could be developed. From a legal perspective, a definition of trafficking was rightly seen as the necessary foundation upon which a legal framework of obligations and responsibilities could be built. In many senses these hopes have been realized. While there has been widespread acceptance of the Protocol’s definition at the international, regional and national levels, its implementation in practice has been complicated. As States seek to grapple with practical, day-to-day challenges such as identification of victims and prosecution of traffickers, questions have arisen about certain aspects of the definition—most particularly, but not exclusively, those aspects that are not elsewhere defined in international law and/ or not well established in national law and practice. The existence of such questions means that, despite the best efforts of the drafters and subsequent harmonization of national laws with the international definition, the parameters around what constitutes “trafficking” are not yet firmly established. Under what circumstances, if any, will the exploitation of a child for profit not be trafficking? What role does consent play (or not play) in relation to trafficking for purposes of removal of organs? When does prostitution involving a measure of financial or other exploitation morph into trafficking? That States with very similar laws and very similar legal definitions of trafficking are answering such questions in very different ways confirms the fluidity of those parameters. The stakes for definitional clarity (and indeed definitional ambiguity) are high because to characterize certain conduct as “trafficking” has substantial and wide-ranging consequences for States, for the perpetrators of that conduct and for the victims. Persons who are victims of that conduct become “victims of trafficking”, and thereby entitled to special measures of assistance and protection that may not be available to those who are not identified as having been trafficked. Criminals involved in a practice that is identified as “trafficking” are likely to be subject to a different and typically harsher legal regime than would be applicable if they had been charged with another crime. For the State, characterization of certain conduct as “trafficking” will trigger a range of criminalization and cooperation obligations as well as protection measures. It will also impact on national understanding of the nature and extent of the “trafficking problem”, and affect a State’s interaction with external compliance institutions and mechanisms. The potential breadth and narrowness of the definition has raised several issues that States have taken quite different positions on. There is a tension between those who support a conservative or even restrictive interpretation of the concept of trafficking, and those who advocate for its expansion: between understandable efforts to expand the concept of trafficking to encompass most, if not all forms of severe exploitation; and the practical challenge of setting priorities and establishing clear boundaries, particularly for criminal justice agencies involved in the investigation and prosecution of trafficking-related crimes. The complex and fluid definition contained in the Trafficking in Persons Protocol has contributed to ensuring that such tensions remain unresolved. These tensions sit within a broader political and advocacy framework that is impatient with complexity and the need for legal nuance. Certainly, there have been strong and consistent efforts to simplify the definition and forms of trafficking in ways that will advance advocacy (and sometimes public communication) efforts. The increasingly common merging of “trafficking” with “modern slavery”, a term that is not defined—or indeed recognized—in international law is one manifestation of this trend, as are claims that “all trafficking is slavery” and “all forced labour is trafficking”. 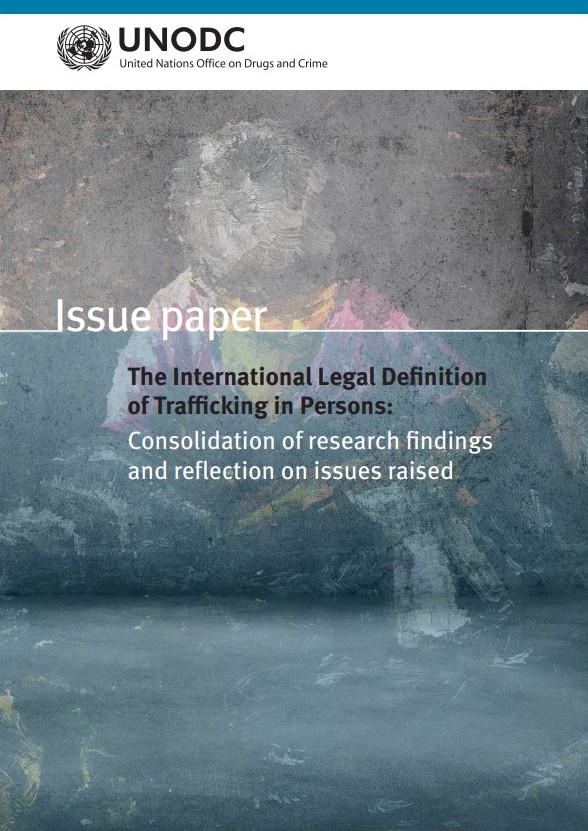 The International Legal Definition of Trafficking in Persons: Consolidation of research findings and reflection on issues raised DOWNLOAD

This brief has been prepared by Phil Marshall, Technical Consultant to the Issara Institute. This paper summarizes the current discussion around fee-free recruitment, including: (1) definitions of fee-free recruitment; (2) linkages between migra...Read More

Human trafficking in the Thai fishing industry: A call to action for EU and US importers

This report presents findings from a multiple case study of how human trafficking is perceived and experienced in seven local communities in five countries in South and South-East Asia. The aim of the report is to explore and understand local ex...Read More

Survivor Bank Accounts, designed specifically to be set up without proof of identification or an address, are a positive form of recognition and empowerment for survivors. They provide financial independence and demonstrate the importance of providi...Read More