The role of social protection in the elimination of child labour: Evidence review and policy implications

At the beginning of 2020 1 in 10 children aged 5 and over were involved in child labour worldwide – equating to an estimated 160 million children, or 63 million girls and 97 million boys. Despite significant progress in reducing child labour in the past two decades, most recent data shows that global progress on this measure has stalled since 2016 (ILO and UNICEF 2021).

Global estimates hide uneven progress by region in the past 20 years, with Asia and the Pacific (AP), and Latin America and the Caribbean (LAC) showing steady reductions overall, while rates actually increased in sub-Saharan Africa (SSA) from 2012 onwards. Although there is much variation across countries within each region, today, there are more children in child labour in SSA than in the rest of the world combined.

Evidence by age groups shows that there has been a greater toll on children aged 5-11 years, whose rates of child labour actually increased in contrast to a steady reduction for those aged 12 years or above. Girls are faring better than boys, whose trend decreased more slowly over time, and indeed reversed to register an overall increase in recent years (ILO and UNICEF 2021).

The above trends undermine children’s rights, well-being, and development, as well as the efforts being made through the Sustainable Development Goals and other mechanisms to eradicate child labour.

And what is more, these trends were observed prior to the onset of the COVID-19 crisis, which has put millions more children at risk of child labour. It is estimated that without mitigation strategies, the number of children in child labour could rise by 8.9 million by the end of 2022, due to higher poverty and increased vulnerability (ILO and UNICEF 2021). 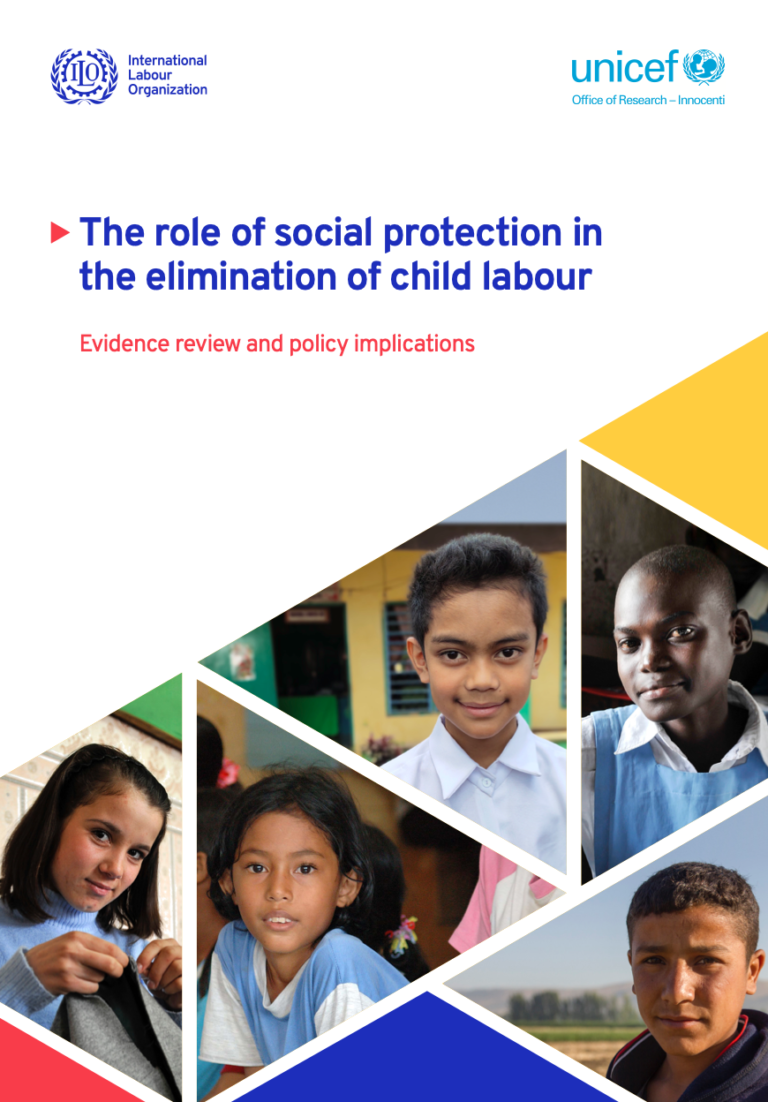 The role of social protection in the elimination of child labour: Evidence review and policy implications - ILO/UNICEF, May 2022 DOWNLOAD

Seeking to better understand the risks of forced labour and human trafficking in the Thai seafood industry, Nestlé contracted Verité to conduct a focused investigation of six production sites in Thailand—three shrimp farms (one in Maha...Read More

An increasingly interconnected world has led to sprawling supply chains across the globe. But what is the human cost of increasing consumer demands for fresh produce year-round, fast fashion, and flashy gadgets? For those held in forced labor in sup...Read More

This e-handbook is a comprehensive guide for parliamentarians and parliamentary officials on legislating effectively against modern slavery-related crimes. The e-Handbook covers topics such as: gathering cross-party support; creating and r...Read More