In its third report on Austria, the Council of Europe’s Group of Experts on Action against Trafficking in Human Beings (GRETA) analyses trafficking victims’ access to justice and effective remedies and examines progress in the implementation of previous GRETA recommendations.

The report acknowledges that Austria has further developed the legislative and policy framework for combating human trafficking. Guidelines specifying the role of the federal states in the fight against human trafficking were developed, a working group on human trafficking was set up in the City of Vienna, and regional co-ordinators were appointed in Tyrol and Vorarlberg. In 2016, practical guidelines on identifying potential child victims of trafficking were adopted. In February 2017, the Federal Ministry of Justice issued an internal decree aimed at raising awareness of the non-punishment provision, which provides for the possibility of not imposing penalties on victims for their involvement in unlawful activities, to the extent that they have been compelled to do so. Further, in 2018, the Federal Ministry of the Interior issued an internal decree with instructions on how to proceed in cases of trafficking. 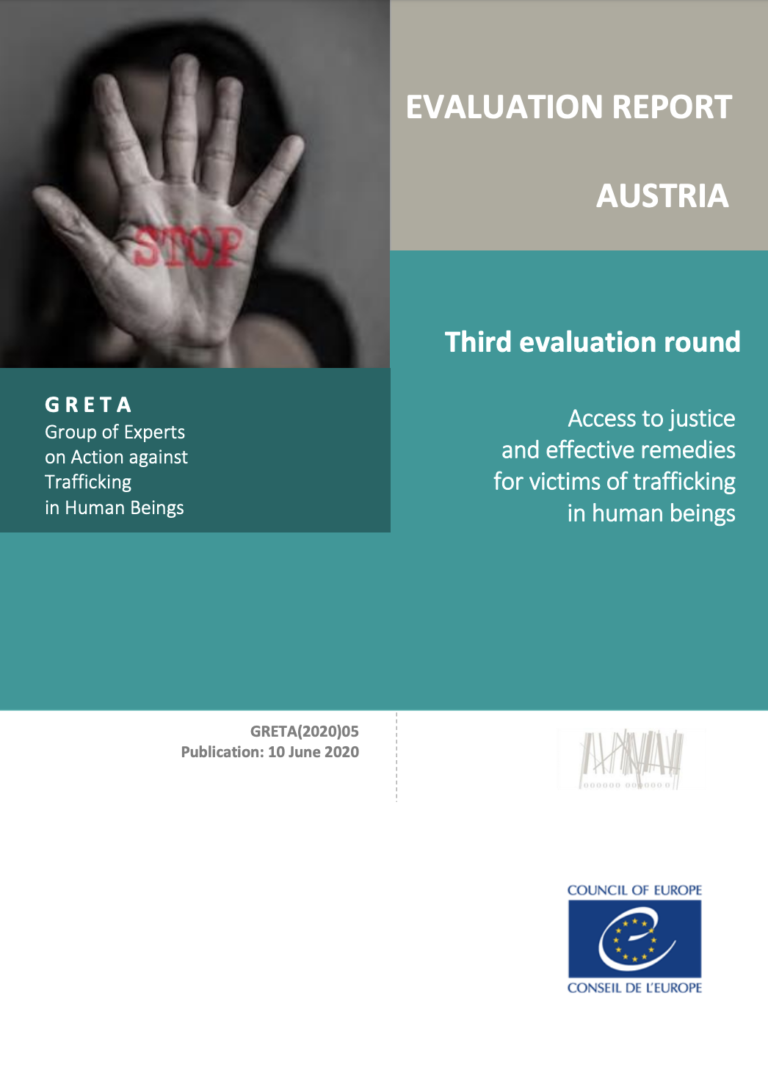 What works to end modern slavery? A review of evidence on policy and interventions in the context of justice

The purposes of the study was to examine what is known about effective policy to achieve SDG Target 8.7 in the context of justice, by: (1) collecting and collating existing evidence on what works; (2) identifying the range of claims and hypotheses c...Read More

NetClean develops world-leading technology solutions that protect businesses IT environments against child sexual abuse material, safeguarding against crime in the workplace. The NetClean Report – COVID-19 Impact 2020, is the sixth report from Net...Read More

Uyghurs for sale: ‘Re-education’, forced labour and surveillance beyond Xinjiang

The Chinese government has facilitated the mass transfer of Uyghur and other ethnic minority citizens from the far west region of Xinjiang to factories across the country. Under conditions that strongly suggest forced labour, Uyghurs are working in ...Read More