Trafficking in Human Beings for the Purpose of Organ Removal in the OSCE Region: Analysis and Findings

In line with the OSCE Action Plan to Combat Trafficking in Human Beings, the SR is mandated to address trafficking in human beings for the purpose of organ removal. The SR initiated the research project in 2011, supported by the Strategic Police Matters Unit (SPMU), to conduct a comprehensive overview of the current situation and a deeper qualitative analysis of this form of human trafficking within the OSCE region. The project aimed to identify vulnerable groups and the modus operandi of criminal organizations, to identify gaps in national legislation, as well as to disclose obstacles preventing efficient investigation and prosecution of this crime. This 6th Occasional Paper in the Occasional Paper Series of the OSCE OSR/CTHB has restricted its focus to the trafficking of human beings for the purpose of organ removal in the OSCE region. It has, therefore, largely excluded analysis of cases involving the illegal sale and purchase of organs, tissues and cells (OTC) that do not involve the trafficking of a human being. The research for this study, based primarily on desk research and analysis, identified cases of human trafficking for organ removal in the OSCE region, some of which have not previously been identified, collated and analysed. 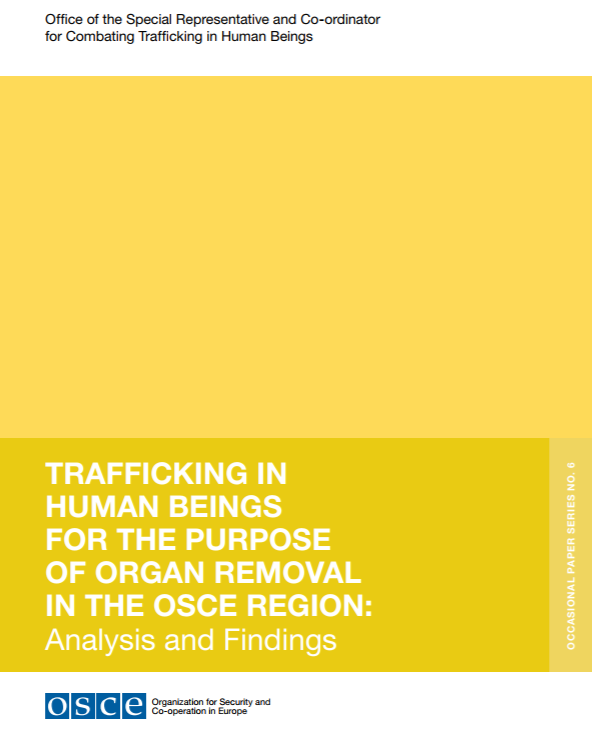 Uzbek Forum has conducted independent, community-based monitoring and reporting on the cotton harvest since 2009. In previous reports, Uzbek Forum endeavored to expose forced labor, identify its root causes, and show the scale, impact on institution...Read More

This Occasional Paper highlights the importance of addressing the demand that fosters trafficking for sexual exploitation, in particular the exploitation of the prostitution of others. In doing so, it puts a spotlight on the role of demand in encour...Read More

Between December 2017 and December 2018, Unseen ran the UK’s first Ofsted registered children’s home for non-UK national children who have experienced trafficking (hereafter referred to as trafficked children). The model we developed was a compl...Read More