Around the world, something in the region of 40 million innocent men, women and even children have been forced into various forms of modern slavery. Many are here in the UK. Still more are abroad. All are victims of a vile business that has no place in the last century, let alone this one. Those behind such crimes, these traders in human misery, must and will be ruthlessly hunted down and brought to justice. And, while that happens, we should absolutely not be lining their pockets with British taxpayers’ money.

That may sound like a statement of the blindingly obvious. But with complex and often opaque modern-day supply chains and subcontracts stretching, tentacle-like, not just across the country but around the world, it is all too easy for the unscrupulous and the exploitative to take a share of the £50 billion that central government spends on goods and services each year. That’s why it’s not enough for governments and businesses to simply say they don’t tolerate modern slavery.

Of course they don’t – more than 230 years after Wilberforce dragged the horrors of the Atlantic slave trade firmly before the British public, no-one with even a shred of moral decency would condone the kind of barbaric practices we see everywhere from subSaharan sweatshops to your local nail bar. But if we are serious about tackling this increasingly pervasive evil then words alone are not enough – we have to take active steps to drive it out of our supply chains. And then we have to go out, look under the bonnet, peer into the shadows and satisfy ourselves that we have succeeded in doing so. That is what this statement is all about. Matching words with actions. Showing the British people what we are doing to tackle slavery, exploitation and trafficking and letting them suggest where we could do more. And, I hope, setting an example that will be followed by governments and businesses right around the world.

As a government we don’t have to produce this statement. But we want to. Because the brutal truth is that modern slavery will endure only as long as it is profitable for the criminals – and it will only remain profitable as long as businesses and governments are prepared to look the other way. In 2020, for millions of people around the world the price of liberty remains eternal vigilance. And, as this statement shows, the UK government continues to lead the way in providing just that. 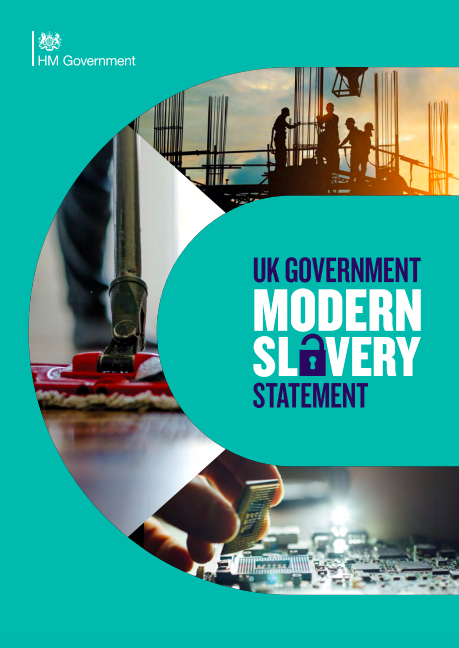 The Hidden Cost of Jewelry: Human Rights in Supply Chains and the Responsibility of Jewelry Companies

In this report, Human Rights Watch scrutinizes steps taken by key actors within the jewelry industry to ensure that rights are respected in their gold and diamond supply chains. The report focuses on the policies and practices of 13 major jewelry bra...Read More

The purpose of the paper is to examine the relationship between recruitment fees and other abusive and fraudulent practices of recruitment agencies and trafficking in persons, with a particular focus on criminal justice measures to address this relat...Read More