Unlocking What Works: How Community-Based Interventions are Ending Bonded Labour in India

New findings from external evaluations of the Freedom Fund’s hotspot programs by leading research organisations have validated our model of working with vulnerable communities. The headline findings from these evaluations are:

These findings are documented in their paper, Unlocking what works: How community-based interventions are ending bonded labour in India, published today. The paper summarises the results of five evaluations of two of our India programs. Taken together, these evaluations affirm that the power to end modern slavery lies in frontline communities themselves. The Freedom Fund’s programs are having a direct impact in the communities our partners are working in, and they are successfully building on this community-level work to positively change wider policies and systems. 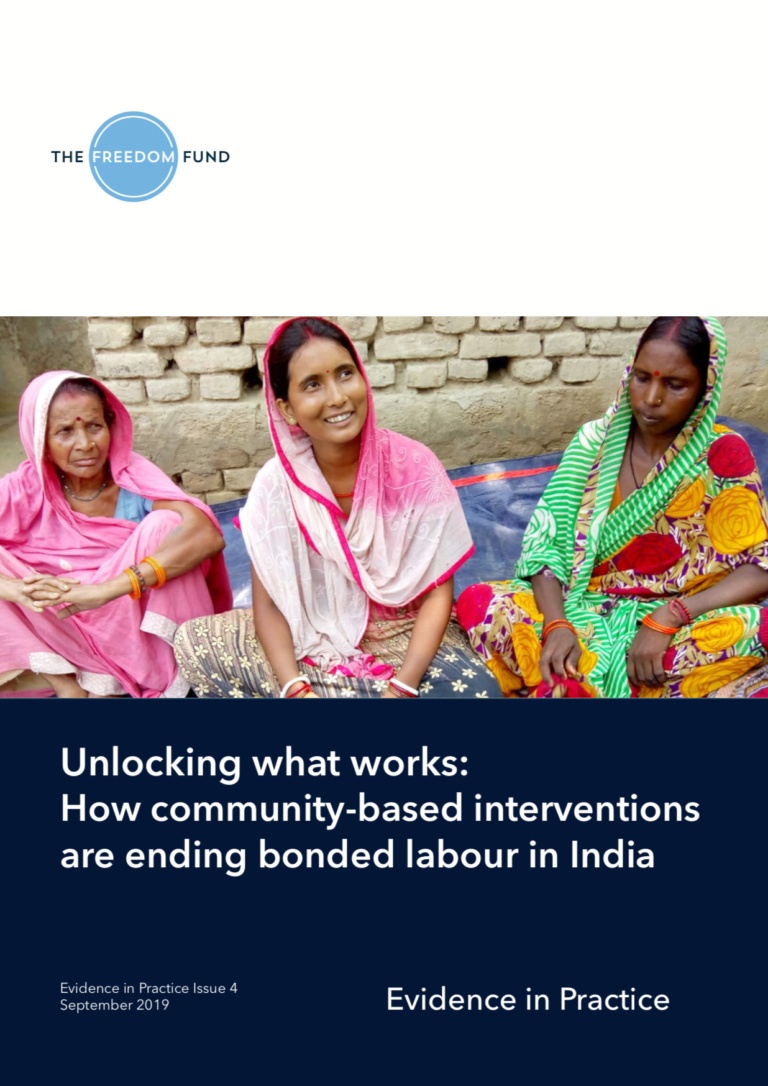 Unlocking What Works: How Community-Based Interventions are Ending Bonded Labour in India DOWNLOAD

Labor migration is currently the most common predicate action leading to human trafficking and forced labor, and debt bondage is the most common indicator of forced labor. Based on Migrasia’s first hand experience with directly assisting thousands...Read More

The human rights obligations of States apply equally at sea, as they do on land. That said, human rights are frequently violated at sea, but the violations remain unpunished. This is hardly surprising given that it is difficult to monitor violation...Read More

Disposable Workers the Future of the UK’s Migrant Workforce