What Works for Working Children: Being Effective When Tackling Child Labour

This report describes examples of methods used by Terre des Hommes, their partners around the world and other relevant stakeholders to address child labour successfully. Terre des Hommes reckons the methods described are appropriate for others to replicate when striving to achieve Target 8.7 of the Sustainable Development Goals, which includes taking “immediate and effective measures to eradicate forced labour…and secure the prohibition and elimination of the worst forms of child labour…and by 2025 end child labour in all its forms”.

The report describes five different sorts of interventions to tackle child labour and highlights the benefits of involving working children themselves in these methods, both to find out what changes in their lives the children say are most needed and to involve them in the action taken. The tendency to regard child labourers as passive ‘objects’ of actions taken by others rather than actors in their own right is one reason, in TDH’s view, that many programmes to eradicate child labour have been only partially successful or have caused collateral damage to the children who were intended to benefit. 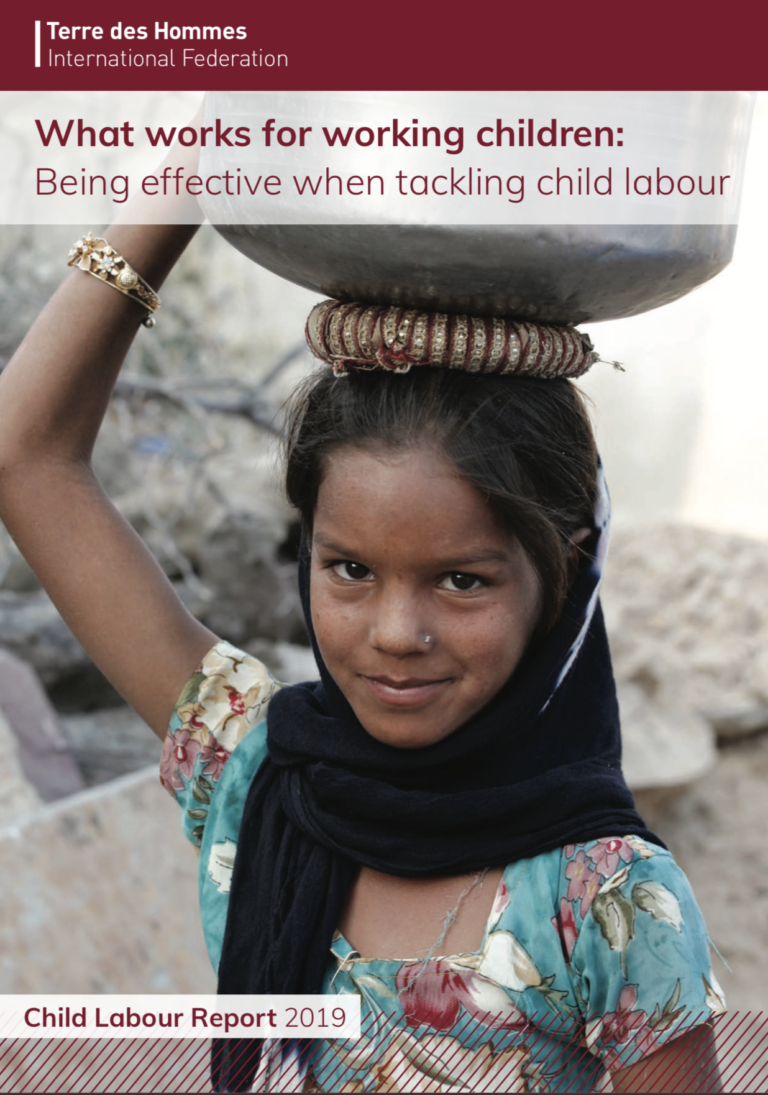 What Works for Working Children: Being Effective When Tackling Child Labour DOWNLOAD

Businesses can play a major role in contributing to economic, environmental and social progress, especially when they minimise the adverse impacts of their operations, supply chains and other business relationships. The OECD Guidelines for Multinatio...Read More

During the current global health crisis, labour recruiters play an essential role in protecting migrant workers and ensuring essential services have the staff they need to provide elevated levels of care. Recruitment agencies are also on the frontli...Read More

The National Human Trafficking Hotline knows that hotels and motels are frequently utilized by traffickers to facilitate forced commercial sex or forced work. In many cases, hotel and motel owners may not be aware of how their businesses are being u...Read More

The handbook is the result of years of cooperation between Frontex, border guards, non-governmental agencies and international organisations such as United Nations High Commissioner for Refugees (UNHCR) and International Organization for Migration (...Read More