Accord on Fire and Building Safety in Bangladesh

The Accord on Fire and Building Safety in Bangladesh (the Accord) was signed on 15 May 2013. It is an independent, legally binding agreement between global brands and retailers and trade unions designed to build a safe and healthy Bangladeshi Ready Made Garment (RMG) Industry. The agreement was created in the immediate aftermath of the Rana Plaza building collapse that led to the death of more than 1100 people and injured more than 2000. In June 2013, an implementation plan was agreed leading to the incorporation of the Bangladesh Accord Foundation in the Netherlands in October 2013.
The agreement consists of six key components:
• A legally binding agreement between brands and trade unions to ensure a safe working
environment in the Bangladeshi RMG industry;
• An independent inspection program supported by brands in which workers and trade
unions are involved;
• Public disclosure of all factories, inspection reports and corrective action plans;
• A commitment by signatory brands to ensure sufficient funds are available for remedi-
ation and to maintain sourcing relationships;
• Democratically elected health and safety committees in all factories to identify and act
on health and safety risks; and
• Worker empowerment through an extensive training program, complaints mechanism
and right to refuse unsafe work. 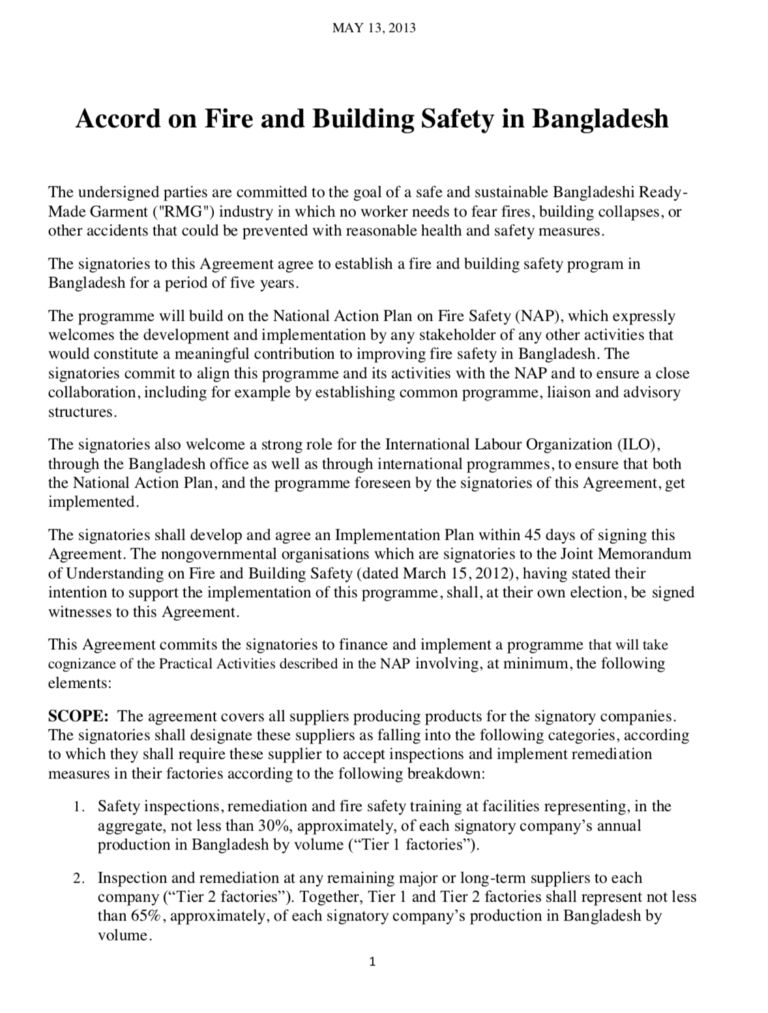 Accord on Fire and Building Safety in Bangladesh - ACCORD, 2013 DOWNLOAD

The Responsible Mining Index (RMI) supports the principle that minerals and metals mining should benefit the economies, improve the lives of people and respect the environments of producing countries, while also benefiting mining companies in a fai...Read More