Since 2006, ICMEC has tallied the presence – and absence – of adequate anti-child sexual abuse material (CSAM) law in 196 countries. They have analyzed the strengths and shortcomings of the laws that do exist, and, based on the results of that intensive effort, they have developed model legislation that can be adopted and adapted as needed to be effective in any society or culture.

In addition to a legislative review, the report offers a “menu of concepts” that countries can consider when drafting anti-CSAM legislation. Key topics covered include:

Their most recent report, published in December 2018, finds that 118 countries have in place legislation deemed sufficient to combat child pornography. However, more work remains to be done. 16 countries still do not have legislation that deals specifically with CSAM. Of the 62 countries that do have some legislation in place, 51 of them do not define CSAM specifically; 25 do not deal with technology-based offenses; and 38 do not criminalize possession without regard to intent to distribute. 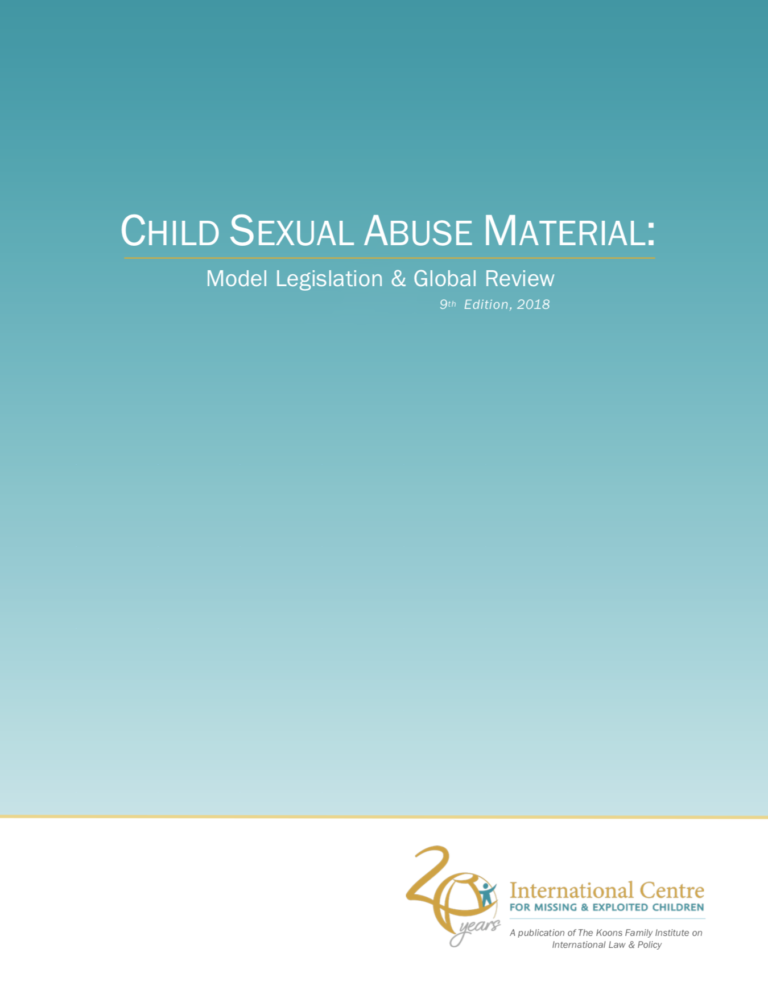 Impact of mobile technology for survivors of modern slavery and human trafficking: A mixed method study

Enabling access to online services through mobile technology is an essential need for survivors during the Covid-19 pandemic. It should be considered a feasible and necessary element of survivor support packages outside a pandemic. Further research ...Read More

Garment workers, mostly women, earn some of the lowest wages in the world while making clothes for some of the biggest fashion brands. Romania has about 300,000 oficial garment workers, who usually earn a minimum wage of about 230 EUR after tax. Wor...Read More

This paper has been produced in an effort to move beyond an oversimplified view of the problem and propose a comprehensive and multi-pronged, preventive strategy aimed at disabling predators and deflating demand. More specifically, the document is i...Read More