This study examines the inner workings of credit and debt in the sex industry in Ho Chi Minh City, the megalopolis of Southern Vietnam. It argues that credit is widely available to financially excluded sex workers, but that this availability comes with tight constraints. As one sex worker put it bluntly, ‘it is easy to borrow, but it is hard to repay.’ This tension summarizes the financial lives of indoor and outdoor sex workers who borrow money from the informal credit market to fund consumption and make ends meet.

This study is timely for several reasons. First, it provides a valuable contribution to research on sex workers’ indebtedness, a topic that has yet to be addressed in Vietnam or elsewhere. It also sheds light on money lending in urban Vietnam, an area that also remains understudied. Second, debt in the sex trade is shrouded by speculation about coercion, violence and bondage.

The insights from this study do not challenge widespread assumptions about debt as an extractive and coercive device. However, instead of blaming ‘evil’ pimps and moneylenders for using debt as a tool of control, they locate moneylending in the social, economic and political context of post-reform Vietnam.

Third, credit is a hot issue in present-day Vietnam, a country where per capita debt had surged tenfold from USD126 to USD1,296 and household debt 50-fold from USD1.76 to USD91 billion between 2000 and 2016, marking an average annual growth rate of 28.6 percent. This rapid rise of household debt deserves further consideration from the perspective of urban precarious laborers including sex workers operating in the shadows of the market economy in Vietnam. 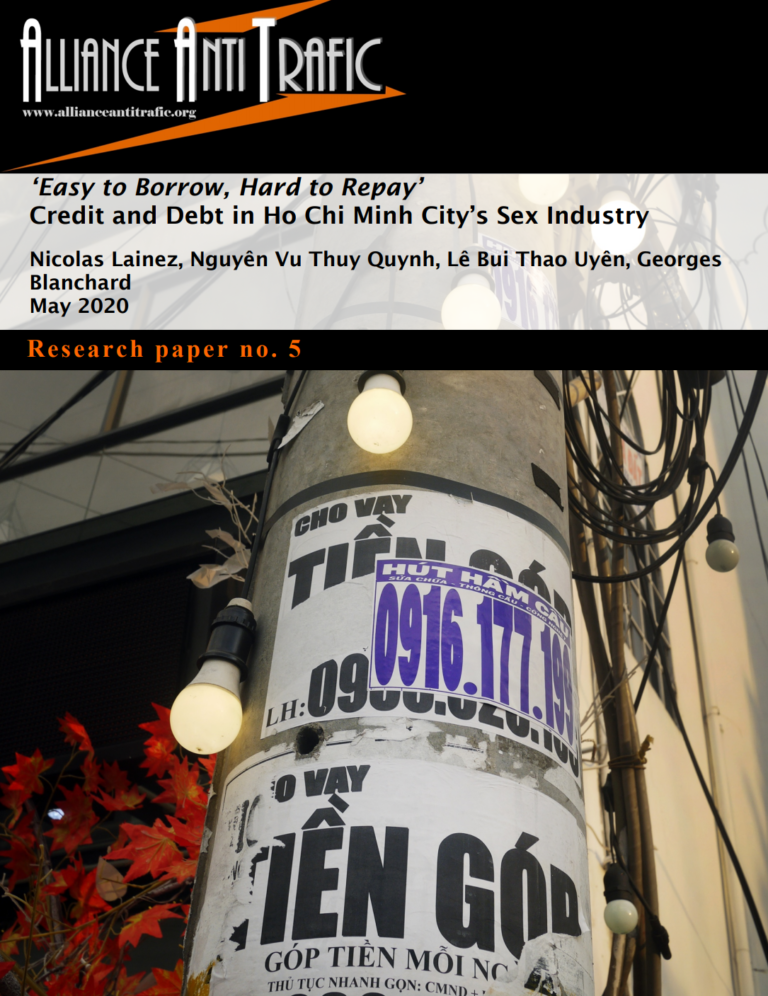 The report is an industry-focused analysis of the Malaysian palm oil industry with specific insights into the industry’s governance and investment framework, relevant labour laws that apply to migrant workers in the industry and various dispute res...Read More

This small-scale exploratory study aims to understand whether certain categories of workers in the textile and apparel sector in the National Capital Region in India are at any risk of forced labour, and, if so, the nature and incidence of these ris...Read More

In July 2018, the Walk Free Foundation released the latest Global Slavery Index (GSI), which presents estimates for the number of victims of modern slavery in 167 countries. Using data from the Gallup World Poll’s module on modern slavery, which w...Read More

On Thin Ice: Proving What We Know to be True – An Examination of the Nexus Between Human Trafficking and Corruption

Most in the anti-human trafficking and modern slavery community agree that trafficking activities are aided and facilitated by corruption. Yet research shows that the available data supporting this assumption is thin. More evidence is needed to bette...Read More