Through an empirical study, this article explores the overall profile of female traffickers of children in China and their role and performance in the trafficking processes. Its contribution to the human trafficking literature lies in its focus on female perpetrators in particular. The article provides an overview of the international literature on female traffickers as well as contemporary knowledge about internal child trafficking in China. Empirical data from incarcerated traffickers suggest that portraying female traffickers as active players of criminal networks obscures the structural problems affecting female child traffickers. The short-term result is that the problems of female offenders are ignored, and the long-term impact is policy-making that is disconnected from the lived experiences of an important population. From a gender perspective this study suggests that female child traffickers are offenders as well as victims of social and genderinequalities in China’s reform era. This study also proposes that internal child trafficking in China should be brought in the international and Anglo-American debates surrounding human trafficking. 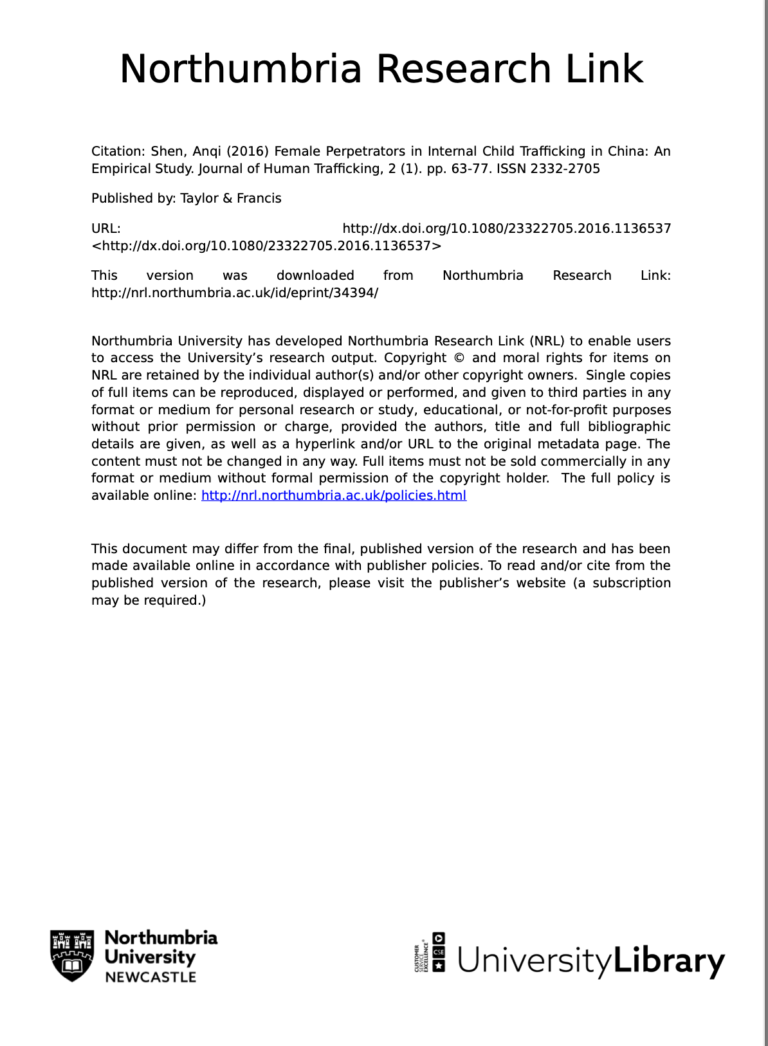 Assessment of outreach and engagement with prospective migrants by the agencies recruiting labourers for foreign employment, IDS working paper 571

This study was conducted to identify the gaps in policies and practices of labour recruitment in Nepal and assess the outreach and engagement of major formal labour intermediaries, private recruitment agencies (PRAs) and pre-departure orientation tr...Read More

More and more people are migrating for work each year, making a vital contribution to the societies and economies that host them. Yet researchers continue to document an array of abusive practices that occur systematically in the recruitment of migr...Read More