Human Trafficking by the Numbers: The Initial Benchmark of Prevalence and Economic Impact for Texas

The University of Texas at Austin, School of Social Work, Institute on Domestic Violence & Sexual Assault, 2016

Background
Though human trafficking is widespread in geographically large states with large urban centers like Texas, the true scope of this hidden crime is largely unconfirmed as data on human trafficking are difficult to ascertain. Existing data gathered in anti-trafficking efforts focus almost exclusively on identified victims, shedding light on only a fraction of the problem. The first phase of the Statewide Human Trafficking Mapping Project of Texas focused on providing empirically grounded data as a benchmark about the extent of human trafficking across the state. 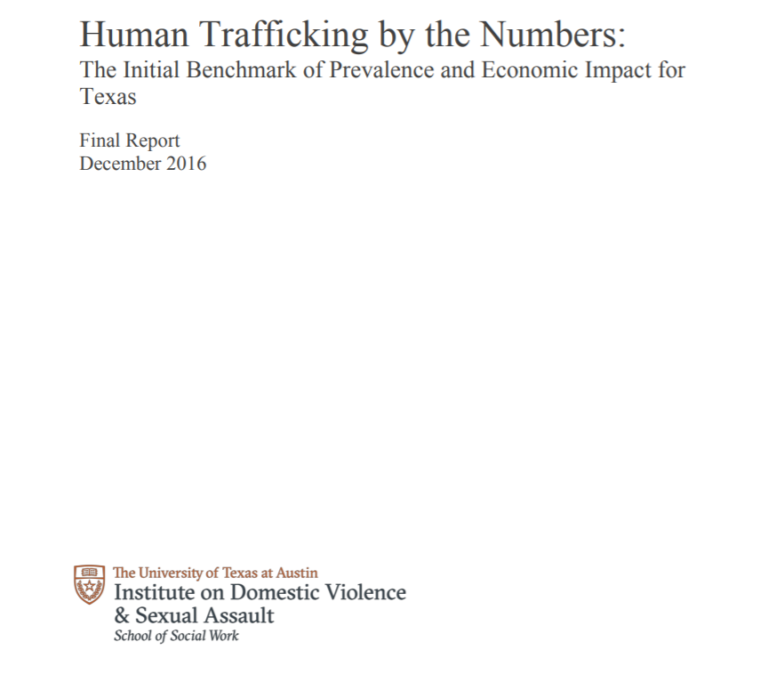 Human Trafficking by the Numbers: The Initial Benchmark of Prevalence and Economic Impact for Texas DOWNLOAD

Too Weak for the Job: Corporate Codes of Conduct, Non-Governmental Organizations and the Regulation of International Labour Standards

The Role of the Financial Sector in Eradicating Modern Slavery: CEOs Respond to the Independent Anti-Slavery Commissioner

However, business leaders need to collaborate in order to do this. My recommendations focus on the need to develop relevant risk management processes and the need to create better systems to share intelligence. I also strongly encourage growing coll...Read More

This report found that while technology companies are working to bring the world closer together, they are failing to connect with workers in their own supply chains. Our ICT benchmark ranked the top 40 global ICT companies—with a combined market c...Read More

The case studies described in this brief reveal that there are benefits for suppliers to implementing social and environmental improvement programs, including improved workforce productivity, cost savings, and stronger competitiveness. Buyers also b...Read More