Testimony by the Texas Department of Family and Protective Services on the human trafficking of domestic minors.

In recent years, there has been increased awareness of a large number of children who are U.S. citizens and are being trafficked. The National Centre for Missing and Exploited Children estimates that there are at least 100,000 U.S. being trafficked. The majority of American victims who become sexually trafficked are runaways and homeless youth. Identifying and tracking these children who are trafficked can be challenging, in part because these youth do not often self-identify, or they come into the child protection system for other reasons and are not identified as trafficking victims. Between 2009 and 2011, 768 human trafficking victims were reported in Texas, including 183 children (FBI Innocence Lost Task Force). On a typical weekend night in Texas, an estimated 130 youth under the age of 18 years old are commercially sexually exploited through internet classified sex ads. 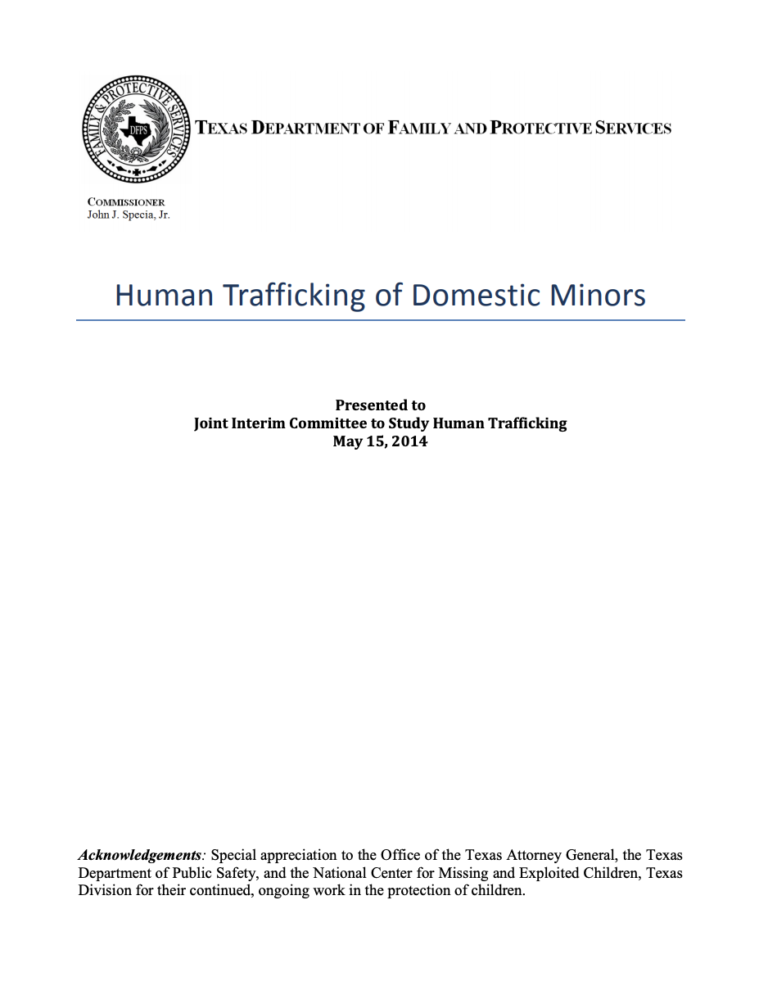 Starting from the identification of gaps and barriers in the effective protection of trafficked persons, the guide shares promising existing practices in line with a coherent referral to the most appropriate channel of protection securing their righ...Read More

Labor migration is currently the most common predicate action leading to human trafficking and forced labor, and debt bondage is the most common indicator of forced labor. Based on Migrasia’s first hand experience with directly assisting thousands...Read More

Over the past two decades multinational corporations have been expanding ‘ethical’ audit programs with the stated aim of reducing the risk of sourcing from suppliers with poor practices. A wave of government regulation—such as the California T...Read More