Expert members of the Labour Exploitation Advisory Group (LEAG) have identified a strong causal link between labour abuses and labour exploitation1 within certain UK labour sectors and particularly amongst migrant communities with whom they work. Abuses occur across the continuum, from relatively minor infractions to extreme exploitation and slavery. . As indicated by FLEX research published in 2015, the UK has one of the weakest labour law enforcement structures in Europe.

This position paper was developed to represent the views and experiences of LEAG members on the relationship between labour abuses and exploitation. 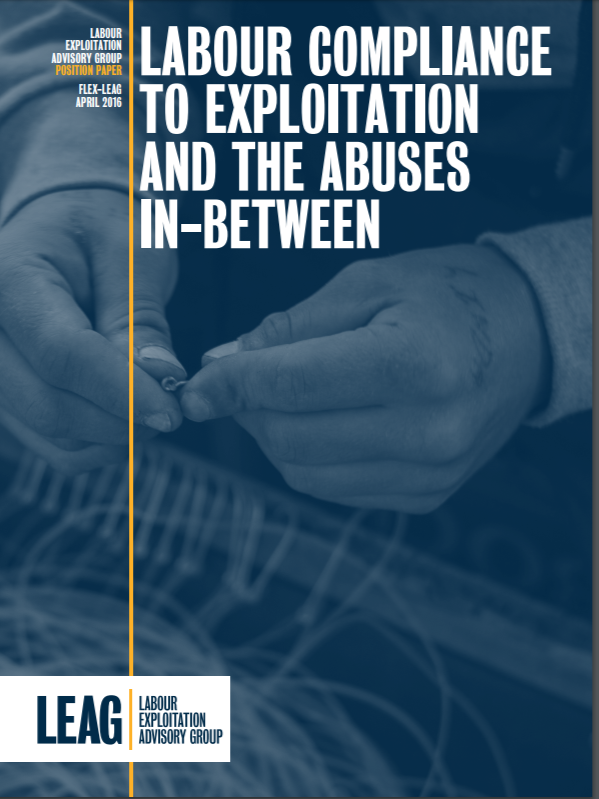 Adopted in Athens in 2006 to engage the worldwide business community to participate in anti-trafficking efforts. Seven principles outline action plans for business to contribute to the eradication of human trafficking, including child labour. ...Read More

An Ethical Framework for Cross-Border Labor Recruitment: An Industry/Stakeholder Collaboration to Reduce the Risks of Forced Labor and Human Trafficking – Verite and Manpower Group, 2012

The Ethical Framework for Cross Border Labor Recruitment offers a set of specific operational practices (“Standards of Ethical Practice”) for recruitment firms that operate across borders. These practices are reinforced by a Verification and Cer...Read More

In today’s globalized economy, the issue of international labor migration in supply chains is one of the most critical – yet largely unexplored – issues for our member companies and all businesses operating globally. Labor migrants now repr...Read More