Model Law against Trafficking in Persons

The UNODC Model Law against Trafficking in Persons was developed by the
United Nations Office on Drugs and Crime (UNODC) in response to the request of the General Assembly to the Secretary-General to promote and assist the efforts of Member States to become party to and implement the United Nations Convention against Transnational Organised Crime and the Protocols thereto. It was developed in particular to assist States in implementing the provisions contained in the Protocol to Prevent, Suppress and Punish Trafficking in Persons, Especially Women and Children, supplementing that Convention. 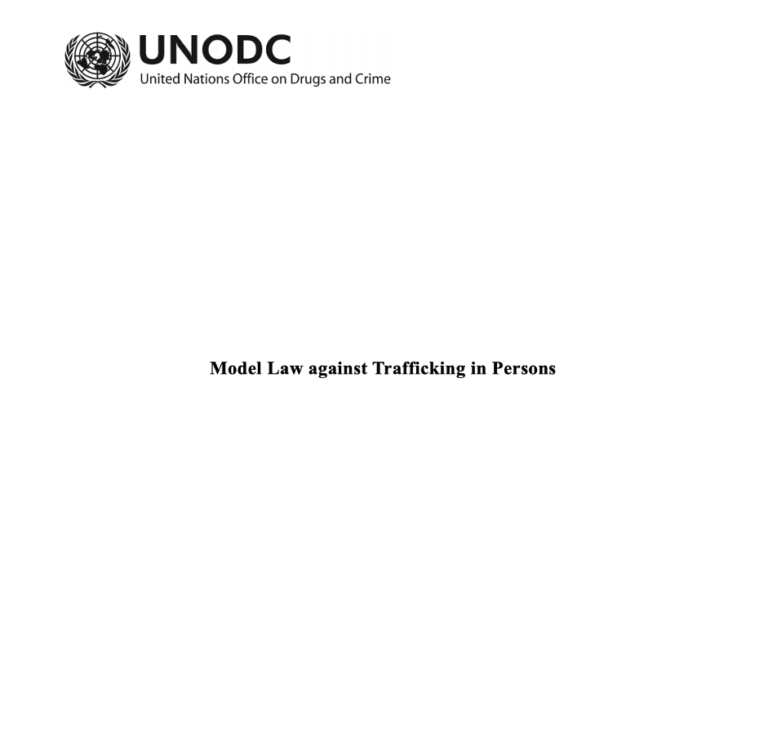 TAGS: ReportingLatin America and the Caribbean

Barriers and opportunities for more effective identification of victims of human trafficking: Insights from Bangladesh, Cambodia, and Taiwan

This research has been carried out by the Institute of Development Studies (IDS) and Humanity Research Consultancy (HRC) in partnership with Winrock International, funded by USAID. It builds on earlier research on Trafficking in Persons su...Read More

The following criteria can be used by any organization to help it design an effective and transparent system for preventing human trafficking in its operations and those of its supply chain. It can also be used by an organization or an independent t...Read More