This is the fourth volume of the series Beyond Trafficking and Slavery Short Course.

Campaigners and governments leading the fight to end ‘modern-day slavery’ selectively appeal to history to help justify their current activities. They uncritically praise Anglo-Saxon anti-slavery efforts, but have remarkably little to say about the larger history of enslavement, slave resistance, or the contemporary legacies of historical slave systems. Centuries of severe exploitation, racial subjugation, and violent abuse have too often been lost in the rush to celebrate the ‘moral triumph’ of abolition. The legal abolition of slavery was not a gift from great emancipators. Nor did it mark an end to the need for resistance. Former slaves were never compensated for their decades of toil and abuse, and their former masters made every effort to defend their privileges, contributing to global patterns of wealth, poverty, inequality, and discrimination that remain with us to this day. 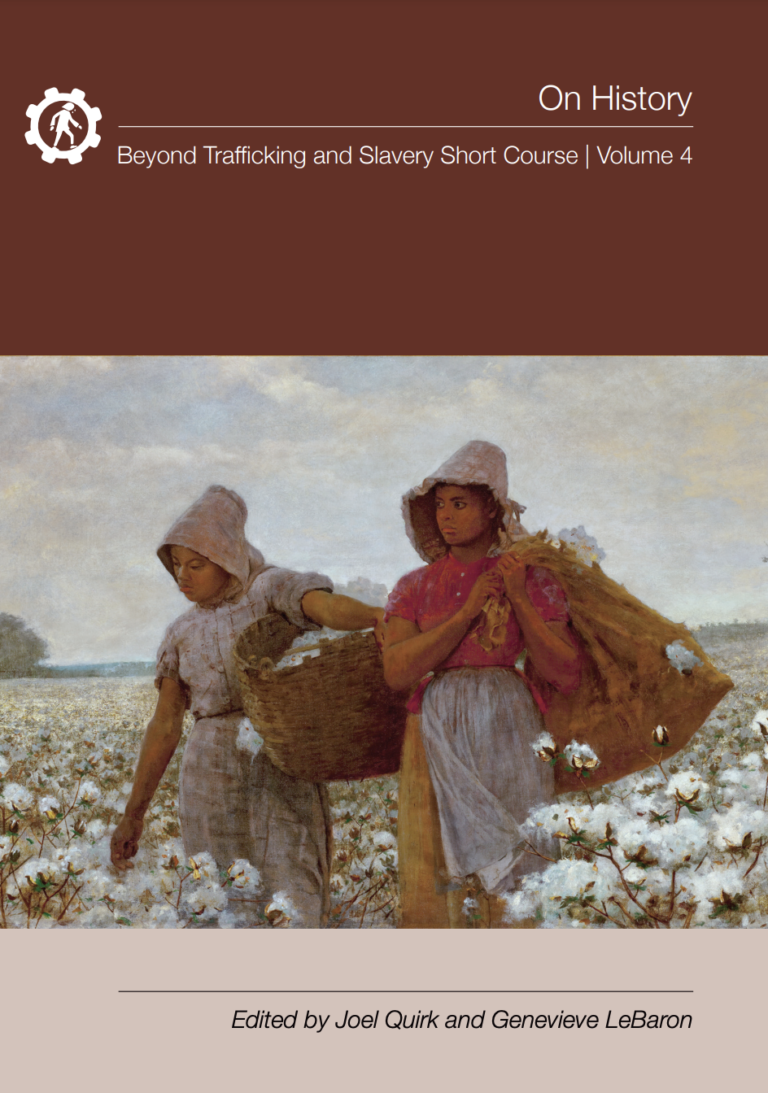 Forced Labour in the Global Economy

Edited by Genevieve LeBaron and Neil Howard. This is the second volume of the series Beyond Trafficking and Slavery Short Course. There is a growing and sober awareness among international policymakers and within global civil society that human trafficking, slavery and...

Abstract Through an empirical study, this article explores the overall profile of female traffickers of children in China and their role and performance in the trafficking processes. Its contribution to the human trafficking literature lies in i...Read More

This report found that while technology companies are working to bring the world closer together, they are failing to connect with workers in their own supply chains. Our ICT benchmark ranked the top 40 global ICT companies—with a combined market c...Read More