Point of No Returns Part II – Human Rights: An assessment of asset managers’ approaches to human and labour rights

The number of modern slavery victims in global supply chains today is believed to stand at around 16 million, roughly the same number of enslaved people as during the transatlantic slave trade in the 18th century. While this statistic alone is suggestive of a dire reality, it does not include other human and labour rights abuses experienced by many around the world: child labour, exploitative and unsafe work conditions, poverty due to poor wages and suppression of unionisation. 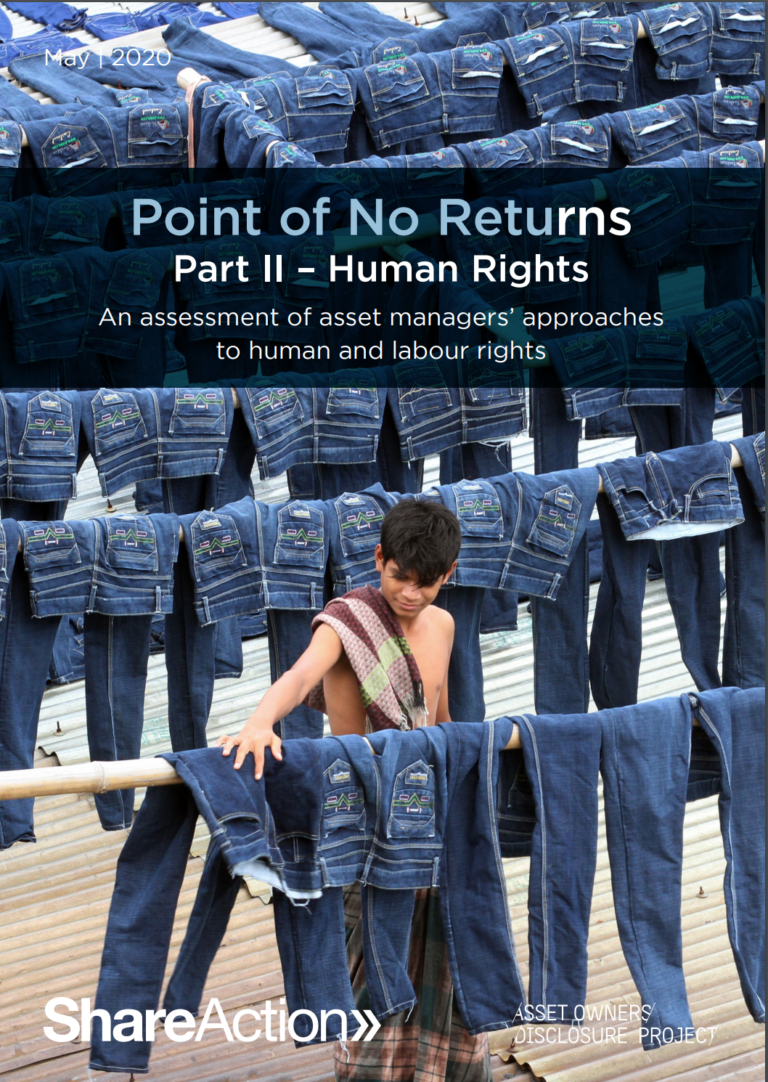 Point of No Returns: A ranking of 75 of the world’s largest asset managers’ approaches to responsible investment

This is the first in a series of four reports. This report includes the ranking of asset managers, and analysis of their performance on stewardship, transparency and governance. The following three parts of this series, to be released in the...

Conducted between February-September 2020, the assessment draws on both desk-based literature, key stakeholder interviews and field research conducted in Bangui, Bossangoa, Bocaranga and Yaloke, as well as internationally. The report presents the...Read More