This report was produced by Environmental Justice Foundation (EJF) with support from Humanity United.

The report exposes severe human rights abuses associated with human trafficking in Thailand’s fishing industry and documents the testimonies of Burmese workers, as young as 16, who were forced onto fishing vessels for many months and subjected to arduous, often violent, working conditions without pay.

It also details testimonies of crew murdered at sea, and on shore, and the shocking figure from a 2009 survey by the United Nations Inter-Agency Project on Human Trafficking (UNIAP) that found 59% of interviewed migrants trafficked aboard Thai fishing boats reported witnessing the murder of a fellow worker. 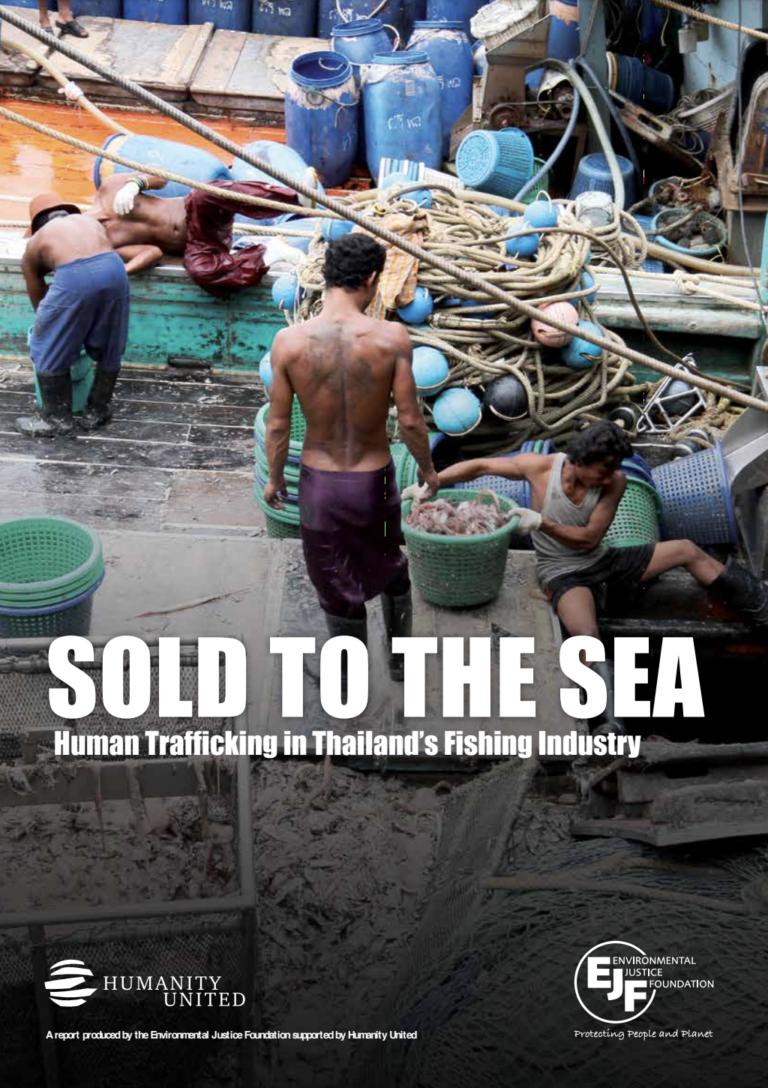 The 2018 Corporate Human Rights Benchmark assesses 101 of the largest publicly traded companies in the world on a set of human rights indicators. The companies from 3 industries – Agricultural Products, Apparel, and Extractives – were chosen fo...Read More

The Royal Thai Government’s Social Security Office (SSO) has closely coordinated with employers throughout Thailand to survey and register sites and workers for COVID-19 vaccines. There are plans to offer AstraZeneca or Sinovac vaccines to migrant...Read More