The UK seeks to be a leader in the fight against modern slavery. The present border system is demonstrably not good enough at preventing traffickers getting through and safeguarding victims. Meanwhile, without a new determination for action, convictions of traffickers will remain stagnant. Evidence examined in this report shows that initial ‘toughness’ at borders alone can do little to reduce trafficking and illegal immigration.

Traffickers will always circumvent existing obstacles; although if we get it right, they will have to overcome increased hurdles and they will in turn be less enthusiastic to engage in modern slavery in the UK. The Government now has a unique opportunity to reshape immigration policy and so put in place measures that will effectively prevent traffickers from exploiting people in the UK.

Findings in this report also reveal the UK has a number of weak and unenforced business regulations that allow it to act as a base for companies that have a semblance of engaging in lawful pursuits, whereas some are also engaged in the trafficking of human beings. Policymakers must make the UK a less attractive business prospect to traffickers by creating a dynamic business regulation framework that rewards and supports honest British and foreign companies. The creation of safe routes into business sectors at potential risk of modern slavery is crucial to reduce reliance on cheap labour, which is a breeding ground for exploitation. 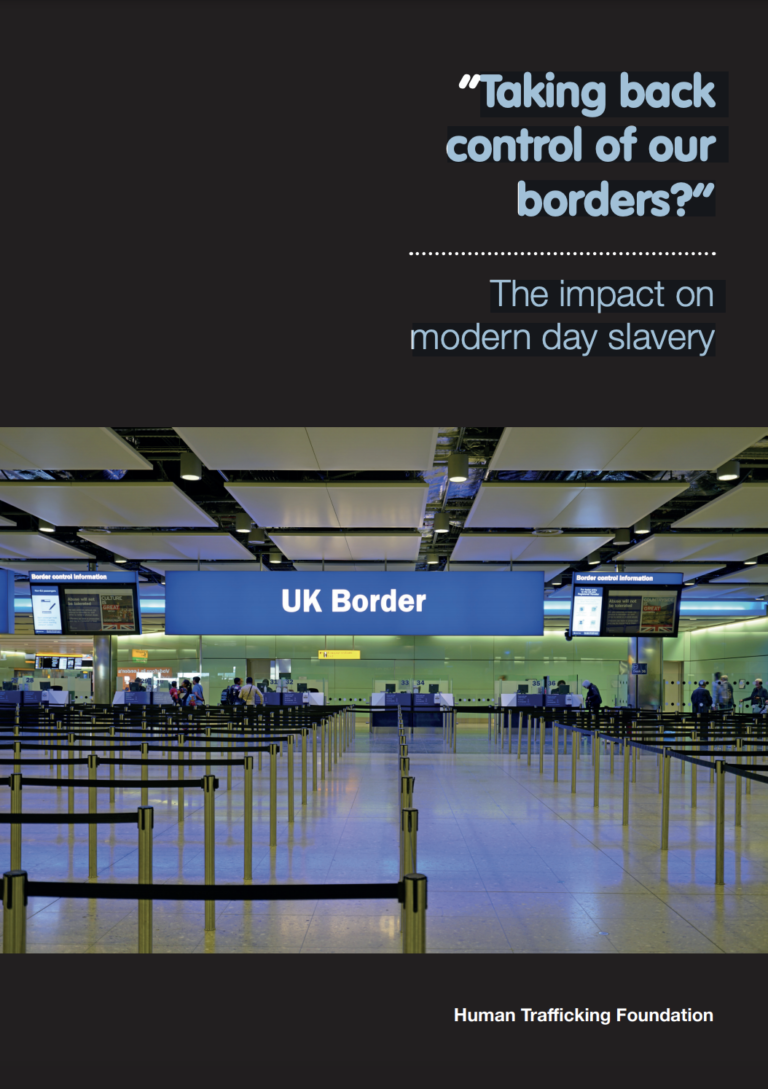 Guidance on addressing child labour in fisheries and aquaculture

This Guidance on addressing child labour in fisheries and aquaculture provides information and analyses current issues in order to improve the understanding of the nature and scope, causes and contributing factors, and consequences of child labour i...Read More

What works to end modern slavery? A review of evidence on policy and interventions in the context of crisis