Technical Convening: Methodologies for Measuring the Prevalence of Modern Slavery

In the last five years, there has been growing attention and investments into prevalence estimates.

The increasing investment into prevalence estimates is much welcomed, but it has also led to fragmented efforts among researchers. People at The Freedom Fund have observed disparate groups of experts – often separated by geographies and subject areas – developing definitions, methodologies and tools in parallel and not always in accord with one another.

The Freedom Fund’s technical convening – titled ‘Methodologies for measuring the prevalence of modern slavery’ – took place in London on 6th to 7th June 2019. The event brought together leading researchers, government representatives and funders to discuss the methods and challenges of measuring child exploitation, forced labour, debt bondage, commercial sexual exploitation and forced marriage. Through a series of panel and group discussions, the convening sought to build consensus on future directions for the field, and to encourage cooperation, cross-pollination and sharing of expertise. This report summarises those discussions but does not necessarily represent the views of all participants. 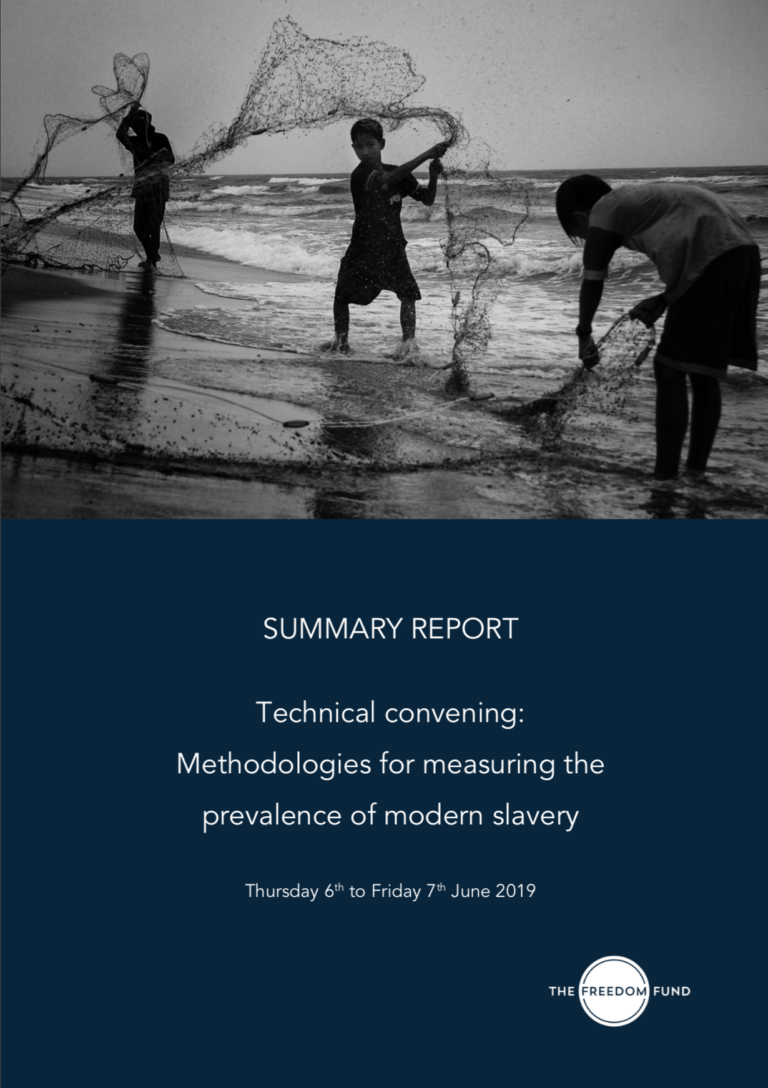 COVID-19 Impact on Child Labour and Forced Labour: The Response of the IPEC+ Flagship Program

The ILO’s Flagship International Programme on the Elimination of Child Labour and Forced Labour (IPEC+) has ongoing operations in 62 countries, all of which are affected by the COVID-19 pandemic. The programme has developed business continuity pla...Read More

Visit to Tajikistan – Report of the Special Rapporteur on trafficking in persons, especially women and children, Siobhán Mullally

Casting Light in the Shadows: Child and youth migration, exploitation and trafficking in Vietnam

This report presents findings from a 2 ½ year research study, led by a team of socio‐legal researchers at Coram International, aimed at strengthening the evidence base on child trafficking and labour exploitation in Vietnam. The report explores p...Read More

What works to end modern slavery? A review of evidence on policy and interventions in the context of crisis