The Deaths of Migrants In the Gulf

The economies of the six oil-rich Gulf states of Bahrain, Kuwait, Oman, Qatar, Saudi Arabia and the United Arab Emirates (UAE) are highly dependent on low-paid migrant workers from Asian states such as India, Nepal, Pakistan, Bangladesh, Sri Lanka, and the Philippines. These workers sustain a wide range of sectors, from domestic service, to hospitality, to construction. Despite widespread criticism of their systematic abuse and exploitation in the international media- notably in relation to Qatar’s preparations to host the 2022 World Cup – the Gulf states have largely avoided structural labour reforms, and origin states have been unable to ensure proper protection for their nationals abroad. The perceived benefits of outward migration for origin states, combined with vested interests in the south Asian and southeast Asian recruitment industry, and the Gulf states’ effective use of their economic and political leverage, in large part explains why origin states have never collectively demanded better protection for their workers. Whereas rights groups, trade unions, academics and the media have extensively documented the serious abuses to which these workers are routinely subjected, and identified the laws and policies and practices responsible, there is a critical gap in this body of research: nobody knows how many of these workers are dying, or the causes of their deaths.

This project sets out to answer these questions and to propose and advocate for policies that will better protect the health and lives of low-paid migrant workers in the Gulf and ensure compensation for the families of those who have died needlessly. The purpose of this initial report, which will be supplemented by more detailed reporting on key thematic issues in 2022 and 2023, is to present a general overview of what we currently know about this issue 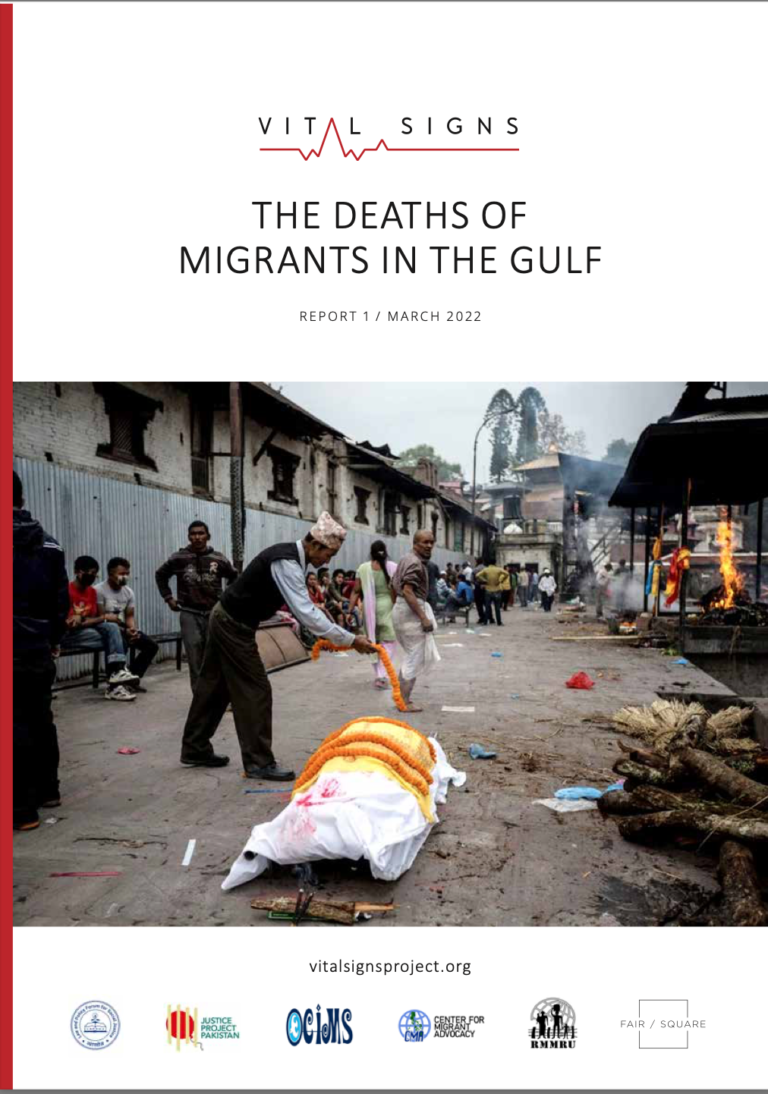 The Deaths of Migrants in the Gulf, Vital Signs, 2022 DOWNLOAD

This guide contains practical steps and considerations for the responsible recruitment and supply of workers during Covid-19 for use by employers and labour providers/recruiters in global supply chains. Particularly relevant for essential sectors wh...Read More

Human Rights Roadmap for Transforming Finance: Priorities for Progress in the Next Decade for the Implementation of the UN Guiding Principles on Business and Human Rights

The financial services industry—from asset owners and managers to private equity, venture capital, and banks—has a catalytic effect on the behavior of business and the economy. Its vast range of financial products, services, and client relations...Read More

Issara Institute recognizes worker voice as conveying the voices, experiences, and needs of workers, and channeling that voice into clear mechanisms committed to remediation and a rebalancing of power asymmetries between employers and workers. This ...Read More

This report reveals the reality of international labor recruitment for low-wage, temporary jobs in the United States, examining recruitment in Mexico, home to the largest number of temporary migrants who labor under H-2 visas in the U.S. The finding...Read More