This Trafficking in Persons (TIP) Report calls upon all governments to ensure they are addressing all forms of human trafficking and to reject the common misunderstanding that human trafficking requires movement across borders or even to another town. It highlights human trafficking that takes place exclusively within the borders of one country, absent any transnational elements.

The ILO reports that, globally, traffickers exploit 77 percent of victims in their countries of residence. Far too often, individuals, organizations, and governments erroneously use definitions of trafficking in persons that require the movement of victims. Both the Trafficking Victims Protection Act and the United Nations’ Palermo Protocol focus on compelling a person to work or engage in a commercial sex act; they do not require movement from one place to another. The Palermo Protocol requires each state party to establish in its domestic law the crime of human trafficking both within and between countries.

This TIP Report serves as a call to action for governments around the world to embrace the full meaning of the Palermo Protocol and implement their domestic laws in a manner that protects all victims and punishes all traffickers. 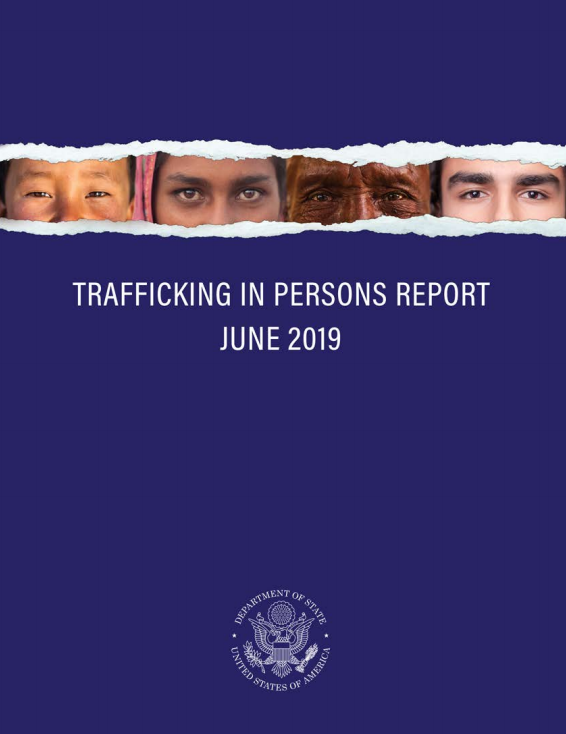 Trafficking in Persons Report 2019 - US Department of State DOWNLOAD

U.S. Secretary of State Pompeo released the State Department’s 2020 Trafficking in Persons Report on June 25 2020. This report marks the 20th anniversary of the TIP report and the introduction to the 2020 edition celebrates the progress in combating...