2022 List of Goods Produced by Child Labor or Forced Labor

The U.S. Department of Labor (USDOL or the Department) has produced this tenth edition of the List of Goods Produced by Child Labor or Forced Labor in accordance with the Trafficking Victims Protection Reauthorization Act (TVPRA), as amended.

The TVPRA requires USDOL’s Bureau of International Labor Affairs (ILAB or the Bureau) to “develop and make available to the public a list of goods from countries that [ILAB] has reason to believe are produced by forced labor or child labor in violation of international standards” (TVPRA List or the List; 22 U.S.C. § 7112(b)(2)(C)). It also requires submission of the TVPRA List to the United States Congress not later than December 1, 2014, and every 2 years thereafter (22 U.S.C. § 7112(b)(3)).

The TVPRA directs ILAB “to work with persons who are involved in the production of goods on the list…to create a standard set of practices that will reduce the likelihood that such persons will produce goods using [child labor or forced labor],” and “to consult with other departments and agencies of the United States Government to reduce forced and child labor internationally and ensure that products made by forced labor and child labor in violation of international standards are not imported into the United States” (22 U.S.C. § 7112(b)(2)(D)–(E)). 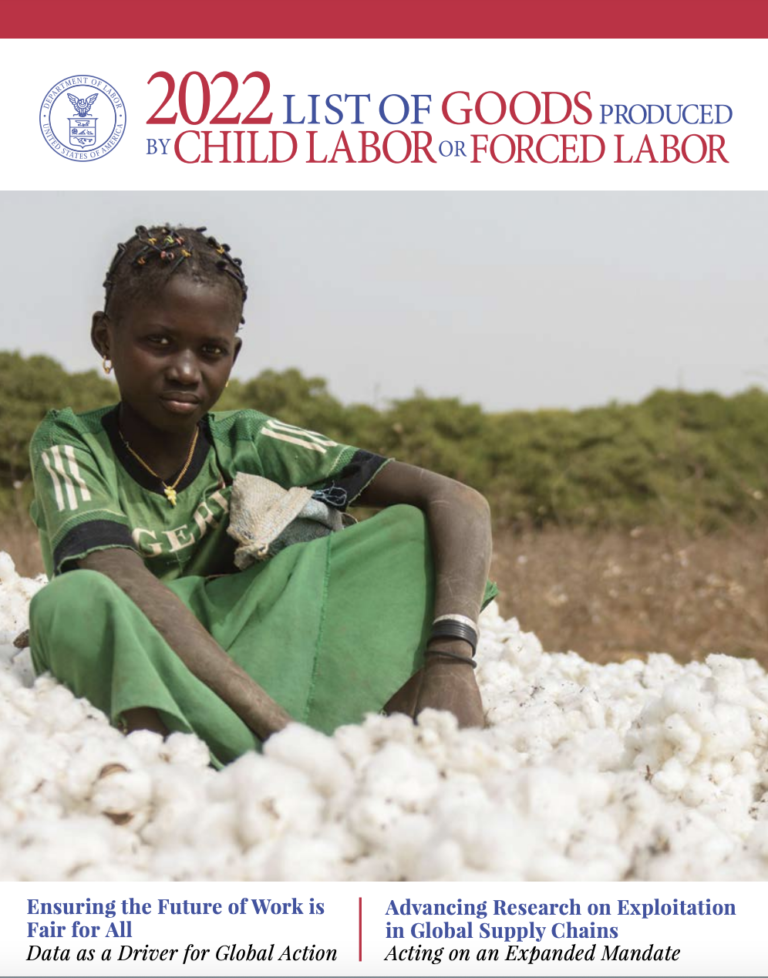 The main objective of the project is to shed light on the crimes of human trafficking and migrant smuggling through a new typologies project which was among the priorities of the MENAFATF in 2019, by studying the various aspects linked to the topic ...Read More

Precarious journeys: Mapping vulnerabilities of victims of trafficking from Vietnam to the UK via Europe

New research by ECPAT UK, Anti-Slavery International and Pacific Links Foundation traces the journeys made by Vietnamese children and adults migrating irregularly from Vietnam to the UK via Europe. The report, Precarious Journeys: Mapping Vulnerabi...Read More

Corruption is an underlying cause of and a facilitating tool for practices arising from contemporary forms of slavery; it is essential to creating the conditions for a low-cost, low-risk, high-profit illicit trade in vulnerable individuals. Yet, cor...Read More