Save the Children & International Commission of Jurists, May 2022

Following a roadmap and public consultation and several postponements, the European Commission published a draft Directive on Corporate Sustainability Due Diligence on 23 February 2022. The Draft Directive will now be negotiated within the European Parliament and the European Council with an estimated final adoption later this year or in 2023. The steps taken by European Union institutions to regulate business conduct in the form of the Directive are generally welcome, and the proposal itself contains a number of positive elements that should be maintained or developed. 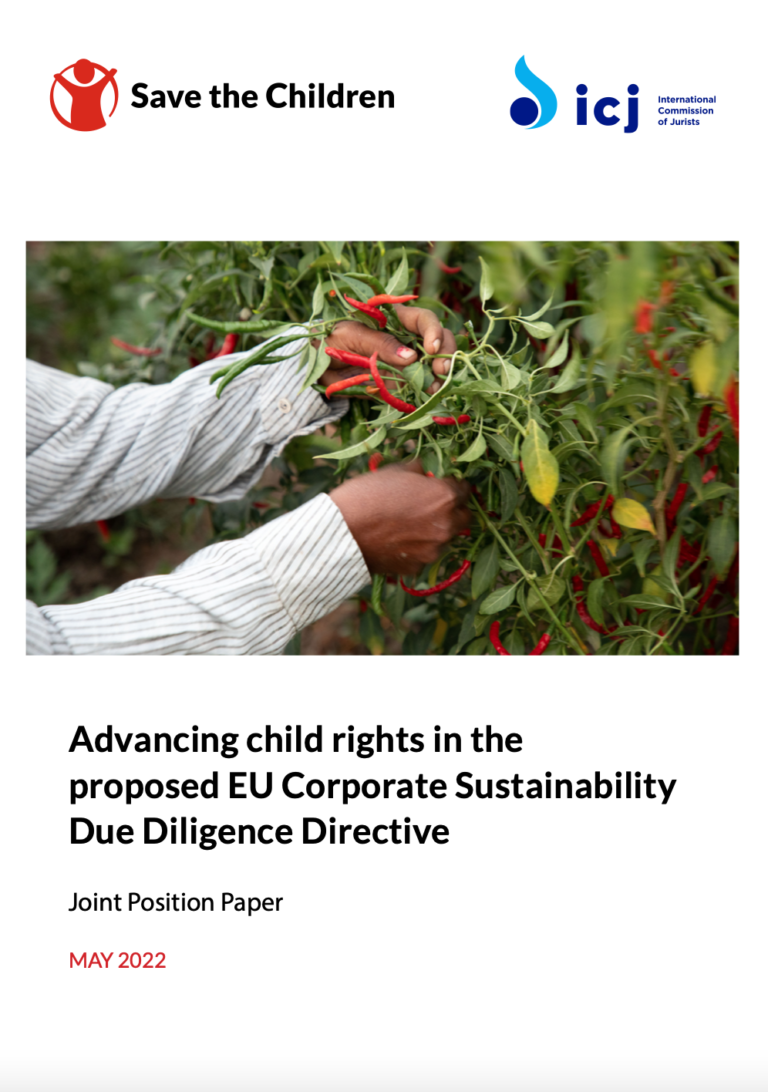 Advancing child rights in the proposed EU corporate sustainability due diligence directive - Save the Children & International Commission of Jurists, May 2022 DOWNLOAD

Thousands of children affected by modern slavery are being failed by the system. There are at least 5,000 children of modern slavery victims in the UK and the majority are not getting the support they need, with many more potentially lost in the ...Read More

When moving towards mitigating or ultimately preventing trafficking in human beings and labour exploitation (THB/LE) in supply chains, a wider perspective is needed, one that includes human rights and decent working conditions. THB/LE is the extreme...Read More

The Future of Work

Too many conversations about the future of work ask how corporations and highly educated elites can take advantage of new economic opportunities. But we shouldn't just be talking about who gets to design the next generation of robots. We should als...Read More

A Guide for Integrating Human Rights into Business Management

The publication is based on the accumulated experience of the ten companies in the BLIHR on implementing human rights. This experience is supplemented with practical examples of human rights implementation. In detail as a joint product of the Bu...Read More