Battling Human Trafficking: How Far Have We Come and Where Do We Go From Here?
A Scrutiny of Private Sector Obligations under the Modern Slavery Act
by Lucia Bird Ruiz-Benitez de Lugo
co-published by the Global Initiative against Transnational Organized Crime & RESPECT

Overview
Modern slavery is a global problem estimated to affect over 40 million people, 16 million of those in forced labour in the private sector. Forced labour in the private economy is estimated to generate $150 billion in illegal profits per year, with recent research finding that 71% of companies believe modern slavery is likely to be occurring in their supply chains. Multi-nationals from Nestle to Costco have faced class actions in US courts and, even where the case has been unsuccessful, suffered significant reputational damage.

The private sector is being held to account for human rights violations in their supply chains in an unprecedented manner. The Transparency in Supply Chains clause (TSC) in the Modern Slavery Act 2015 (MSA), which firmly placed obligations on a significant cross-section of the private sector for mitigating the risk of human trafficking in their supply chains (HTSC), is the UK’s landmark legislation effecting this shift of responsibility onto business. The MSA is groundbreaking legislation, and a number of other jurisdictions are already following suit. Consequently, an analysis of the MSA yields a clearer understanding of the current trend in global regulation of human trafficking in supply chains.

The TSC requires companies falling within specified financial and geographic thresholds to publish an annual statement outlining the steps they have taken to mitigate the risk of HTSC (the “TSC Statement”). The aim of the TSC is to ‘prevent modern slavery in organisations and their supply chains’ by increasing the transparency and accountability of companies to both shareholders and consumers, thereby driving best practice in HTSC risk mitigation.

The TSC came into force in 2015, and most companies falling within scope have been required to publish the first TSC Statement in 2017 to cover the 2016 fiscal year. This is consequently a key moment to take stock and analyse the efficacy of the TSC against its stated purpose, to assess compliance and review how the structure of the TSC requirement could be tweaked to enhance impact.

Structure
This report will outline the obligations imposed on business by the TSC, analysing the efficacy of the TSC against its stated aims, looking beyond compliance statistics to whether the TSC has prompted a change in attitudes in the private sector towards mitigating HTSC risk. Firmly placing the TSC within the context of a dynamic regulatory landscape, and analysing the changing role of the private sector in mitigating human rights, specifically human trafficking violations, identifies the TSC as a significant development in the path to eradicating labour abuse from supply chains, and hints at likely next steps.

Private sector performance to date highlights weaknesses in the TSC’s content and structure, leading us to question the efficacy of the comply or explain approach and whether adequate redress has been provided for. Threading in cross-jurisdictional comparative analysis sheds further light on areas where the TSC can be strengthened, and pitfalls that can be learnt from different approaches.

This leads to a set of recommendations for next steps in enhancing the role of the private sector, and top tips for professionals supporting businesses achieve compliance (“Practitioners”). Drawing on a broad range of academic literature, stakeholder consultation material and primary research through interviews with the private sector, this report seeks to equip practitioners to play a pivotal role in ensuring businesses fully understand their obligations under the TSC, and are empowered to play the pro-active role in tackling HTSC the TSC begins to carve out. 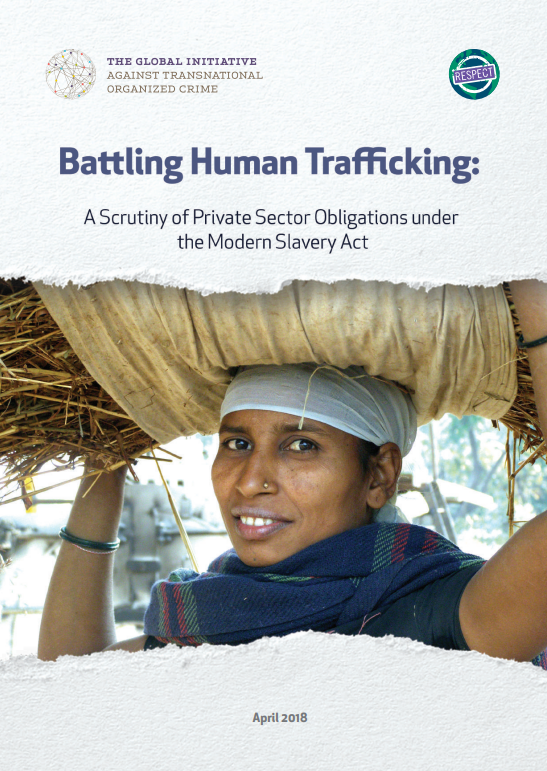 By Remco E. Breuker & Imke van Gardingen It has long been known, though diﬃcult to verify, that citizens of North Korea are forced to work by the State on a far greater scale than seen elsewhere in the world. Recent estimates reveal that 1 in ...Read More

Life Beyond Trafficking: The Re/integration of Trafficked Persons in the Balkans 2007-2014

This booklet aims to highlight the main results and impact of the King Baudouin Foundation's project "Trafficking Victims Re/integration programme" in the lives of trafficked persons as well as more generally in the field of re/integration in the Ba...Read More