The New American Dream? Illicit Migration, Human Trafficking and Smuggling in the Americas

Latin America and the CaribbeanNorth America

In the face of what is arguably a migration crisis, President Obama has issued an Executive Action protecting a potential 4.3 million illegal immigrants from the threat of deportation, by changing priorities for deportation to exclude those who have spent more than 10 years in the country, or who entered as minors before 2010.

Immigrants are deeply rooted in the economy of the US and have been for centuries. In the state of California, a recent study found that the illegal workforce contributes $130 billion annually to the state’s GDP.[1]   Yet since 2011, the rate of deportation has been increasing exponentially.  Under the Obama administration, the US has removed nearly 2 million people, and returned more than 1.6 million more, the highest of any Presidency.[2]

Driven by desperation, people from Mexico and the Northern Triangle of Latin American states – Guatemala, Honduras and El Salvador – have been trying to enter the USA in increasing numbers.  According to data provided by the US Customs and Borders Protection Service, more than 60,000 children have crossed the Southern Border of the US in the first nine months of 2014, more than double the number that arrived in the previous year.  The number of families arriving at the border, consisting of mostly mothers with infants and toddlers, has increased in similar proportions. [3] 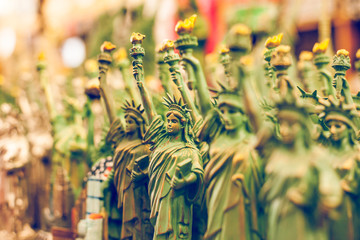 The UN estimates that between 60-75% of illegal immigration into the US is facilitated by a migrant smuggling network – a virulent criminal enterprise that is generating upwards of $6.75 billion for organized crime groups globally.  Charging between $4,000 – $10,000 per person, per attempt, migrant smugglers prey on vulnerability, proliferating lies and false hope. [4]

This webinar is the second of the RESPECT Webinar Series 2015 “Understanding Illicit Trade: Impact of Human Trafficking and Smuggling on the Private Sector”, hosted by the Global Initiative against Transnational Organized Crime and Babson College’s Initiative on Human Trafficking and Modern Slavery.  Also supported by TraCCC, the Terrorism, Transnational Crime and Corruption Center at George Mason University.

The panel will feature the following speakers drawn from the Global Initiative Network of experts:

[3] US Customs and Border Protection official website.  Data is provided by Fiscal Year, from October to October.  Data for 2014 concludes at 31 July 2014.  http://www.cbp.gov/newsroom/stats/southwest-border-unaccompanied-children

[4] UNODC, “Smuggling of migrants: the harsh search for a better life,” http://www.unodc.org/toc/en/crimes/migrant-smuggling.html

Awareness Raising and Campaigning: What and How Does Social Media Contribute to Identification and Responses?

In illegal mining, there is a high incidence of human trafficking for forced labour, including a system in which debt bondage is achieved by providing workers with advances or start-up capital. Workers in the mining sector are employed under extremely...

Unboxing the real price of sneakers

Sneaker connoisseur Jacques Slade is a guy that really loves his sneakers and creates YouTube videos about them, as well as other things. In one of his recent standout unboxing clips, Slade revealed something glaring, specifically to focus our attent...Read More

The Global Initiative Against Transnational Organized Crime (GI-TOC) and the Global Business Coalition Against Human Trafficking (GBCAT), two of the founding organisations of the Interactive Map for Business of Anti-human Trafficking Initiatives and...Read More