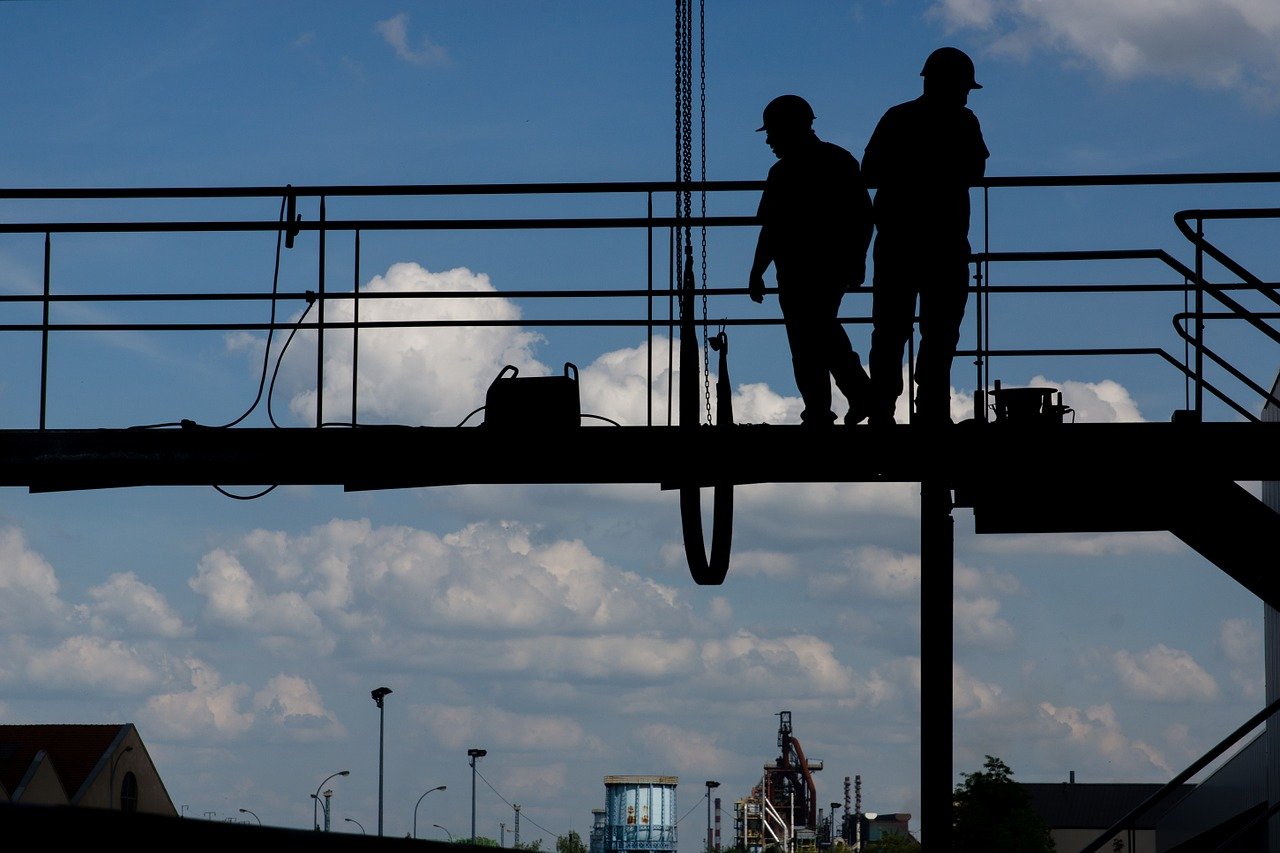 Around the globe, an estimated 20.9 million people are in situations of so-called modern day slavery, or forced labour, at any point of time. Many of these victims are trafficked within their country or across borders. Considering this number, there is an urgent need to improve our understanding of criminal activities in the area of human trafficking and exploitation, the difficulties to track perpetrators and protect victims.

Drawn from a series of webinars hosted by the Global Initiative and Babson College in 2014-15, this report highlights emerging human trafficking challenges and identifies promising anti-trafficking initiatives from the private sector.

Each chapter of the report covers one of five key areas of human trafficking:

Whilst each chapter clearly shows the organised criminal networks behind the different forms of trafficking and exploitation, there are significant differences in the types of crimes and their individual complexities. It is, therefore, crucial to deepen the research into each of the areas and to develop individual responses and strategies private sectors can apply to counter criminal networks across the globe.

The report is based on a webinar series jointly presented by the Global Initiative and Babson College’s Initiative on Human Trafficking and Modern Slavery which was supported by McKenna Long & Aldridge, now Dentons and by TraCCC, the Terrorism, Transnational Crime and Corruption Center at George Mason University.

This webinar series is hosted by the Global Initiative against Transnational Organized Crime and Babson College’s Initiative on Human Trafficking and Modern Slavery and through sponsorship by Dentons. Also supported by TraCCC, the Terrorism, Transnational Crime and Corruption Center at George Mason University.

Disclaimer: The information and views expressed to the audience in the course of the webinars and reports of this Website are for information purposes only and do not reflect an official opinion of the Global Initiative, the Babson College’s Initiative on Human Trafficking and Modern Slavery or IOM. 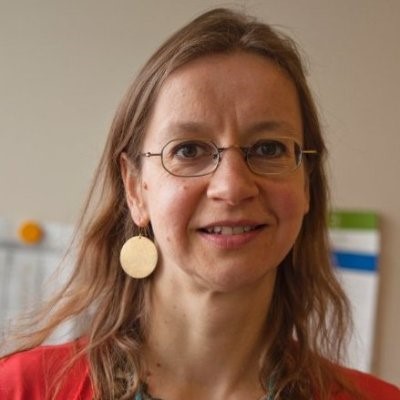 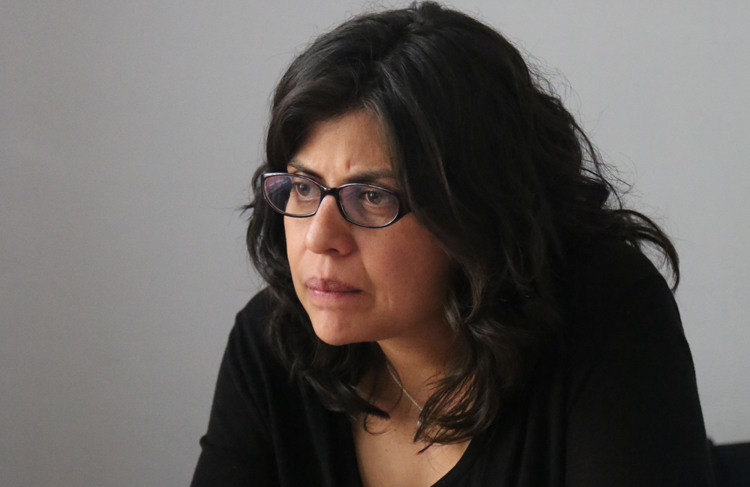 Alejandra Ancheita is a trained Mexican lawyer and activist. She is also the founder and CEO of ProDESC (The Project of Economic, Cultural, and Social Rights), a NGO that fights for the rights and standards of living of the migrants, workers, and indigenous communities in Mexico. Ms Ancheita is the laureate of the 2014 Martin Ennals Award.

Debra Budiani-Saberi is a medical anthropologist and Executive Director of the Coalition for Organ-Failure Solutions (COFS). COFS conducts research on organ trafficking practices, offers assistance to victims and raises awareness to combat the crime. She has also worked with the Office of the High Commissioner for Human Rights, WHO and UNODC and has been published widely on the subject in medical journals and various media.

John Carr is a UK-based world expert on young people’s use of the Internet and an advisor on combating Internet-enabled child sex abuse. Amongst other he is a Senior Expert Adviser to the United Nations (International Telecommunication Union) and has been an Expert Adviser to the European Union and the European Network and Information Security Agency. In June, 2012, John was appointed as a Senior Visiting Fellow at the London School of Economics and Political Science. 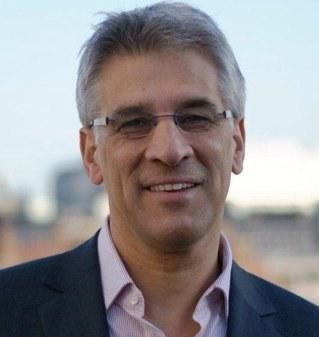 Steve Chalke MBE, now author, speaker, TV and radio presenter, businessman, social entrepreneur, founded Stop The Traffik in 2007, a global coalition working in nearly 100 countries and with tens of thousands of activists around the world.  It campaigns to end people trafficking through preventing the sale of people, prosecuting the traffickers and protecting the victims. Through this work, Steve is also a UN GIFT Special Advisor for Community Action against Human Trafficking. 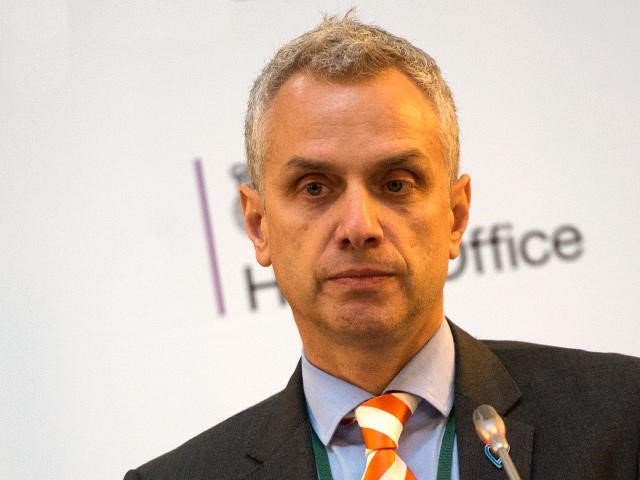 Ilias Chatzis is the Chief of the Human Trafficking and Migrant Smuggling Section of UNODC coordinating all policy and technical assistance to UN Member States in combating these crimes. A national of Greece and a qualified lawyer, Mr Chatzis has held a number of senior legal positions within UNODC as well as other international organizations prior to his appointment including in the Terrorism Prevention Branch and Anti-Organized Crime Unit. 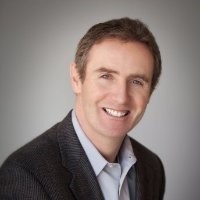 Declan Croucher works for Vérité, an expert NGO on human trafficking and forced labor. He has a background in global human resources concerning multinational manufacturers in the electronics, building and renewable energy sectors. His current work is focused on helping companies and their advisors detect and prevent forced labor and human trafficking in global supply chains through risk assessments, code of conduct and compliance plan development, communications and training, reporting and internal control mechanisms, investigations, monitoring and evaluation of program effectiveness. 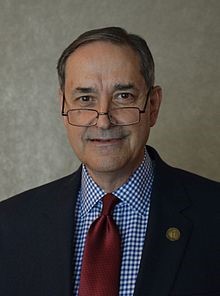 Francis Delmonico is a Professor of Surgery at Harvard Medical School at the Massachusetts General Hospital, where he is director of Renal Transplantation. He is also the past President of the Transplantation Society and has advised the WHO on organ donation and transplantation since 2006.

James Esson, a Geography PhD at University College London, has researched the exploitation of West African youth in the football industry in Europe, and is an expert on illicit crime in sports. His research investigates the irregular migration of West African youth to Europe via the football industry, and seeks to show how understanding migration through the lens of football provides important insights into the wider conception of mobile African male bodies in development, migration, and trafficking debates. 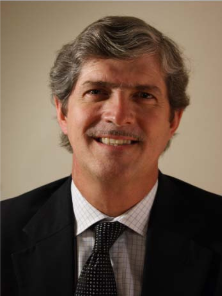 Rudolf Garcia-Gallont is a leader in vascular surgery and organ transplantation in Guatemala, and part of the custodian group committee in the Declaration of Istanbul. He performed the first pediatric kidney transplant in Guatemala in 1988 and the first successful cadaveric transplant in 1995. 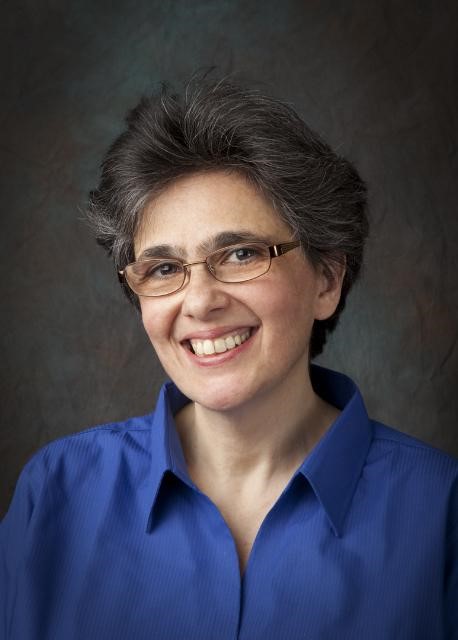 Dr. Mary C. Gentile is Creator and Director of Giving Voice to Values (GVV), Senior Research Scholar at Babson College, Senior Advisor at Aspen Institute Business & Society Program, and an independent consultant on management education and leadership development. Due largely to her work with GVV, Gentile has been awared several prestigious leadership awards and was named to the “Top 100 Thought Leaders in Trustworthy Business” in 2013 and 2014, amongst others.

Laura Gomez-Mera is a Political Science Professor at the University of Miami, with a doctorate from Oxford University. Ms Gomez-Mera is researching the politics of international cooperation in the fight against human trafficking, with a particular focus on sex, labor and organ trafficking. 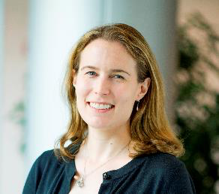 Monica Gorman is the Vice President of Global Compliance at New Balance where she leads corporate responsibility efforts across Asia, Europe, the Middle East & Africa, and the Americas. Previously, she worked as Senior Director of Corporate Responsibility for Gap Inc. 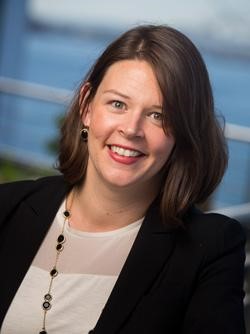 Courtney Gregoire is a senior attorney at Microsoft Digital Crimes Unit, which fights technology-facilitated crime against vulnerable populations including children and the elderly, and is board member of the International Center for Missing and Exploited Children. From 2009 to 2012, Ms Gregoire served as Director of the National Export Initiative for President Obama. 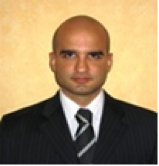 Houtan Homayounpour is a senior program officer on the Special Action Program Combatting Forced Labor in the International Labour Organisation and member of the UN Inter-Agency Coordination Group Against Trafficking in Persons (ICAT). Prior to joining the ILO, worked at the Canadian Ministry of Health in Ottawa. 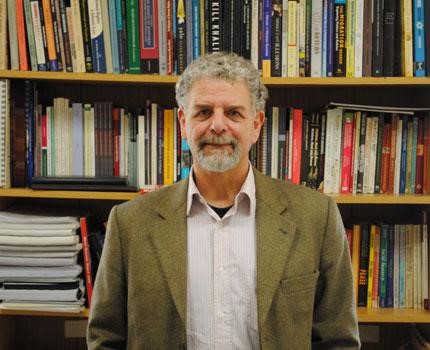 Ray Jureidini is a professor of Migration Ethics and Human Rights at the Center for Islamic Legislation and Ethics at Hamad Bin Khalifa University in Doha, Qatar. Mr Jureidini is an Australian sociologist who has researched migration and human rights in the Middle East for many years and authored several reports on the subject. 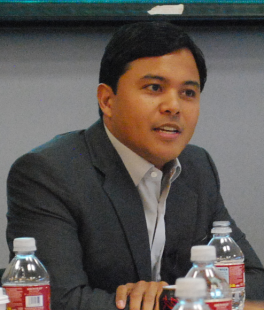 Mark Latonero leads the Technology and Human Trafficking Initiative at the University of Southern California’s Annenberg School, which conducts research and development on counter-trafficking efforts. His research focuses on the intersections between data, technology, human rights, human security, and international development – with an eye on addressing human trafficking. 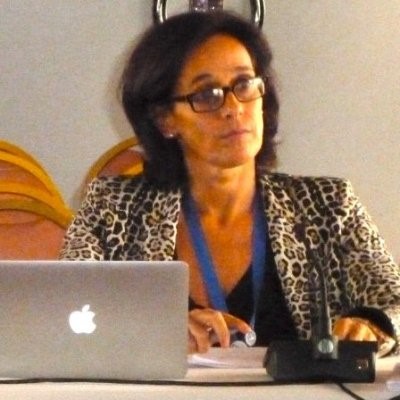 Marie-Laure Lemineur is the head of Global Program Combating Sexual Exploitation of Children Online (ECPAT-International), based in Bangkok, and an expert on human rights education and the protection of children from abuse and exploitation, with a civil society perspective on the issues involved. She authored and co-authered several publications on online child pornography and human rights education. 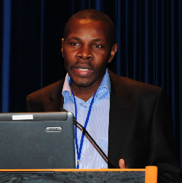 Jean-Claude Mbvoumin was a Cameroonian former professional soccer player who founded Foot Solidaire in 2000 to protect young African players from exploitation by criminals and operators in the game. Based in France and Switzerland, the non-profit organisation fights for improved conditions for young African players seeking football careers in Europe, Asia, Latin America and the United States, as well as lobbies governments, football associations, clubs and other stakeholders to mobilize against the abuse of these players and to establish better recruitment practices.

Lisa Delpy Neirotti is an Associate Professor and the Director of Sports Management Programs at The George Washington University, who focuses on policy developments protecting athletes. Since 1984, she has attended 17 consecutive Olympic Games, 4 World Cups, and hundreds of other major sport events as a consultant, volunteer, or researcher, and works with a number of sports organisations to conduct research studies.

Fernando Ruiz is the leader of Focal Point Twins, Europol’s division on online exploitation of children, and formerly head of a similar division for the Spanish police. Previously, he was Head of the Child Sexual Exploitation Team in the Central High Tech Crime Unit of the Spanish National Police, and worked as Cybercrime Coordinator within the Spanish Desk at Europol. 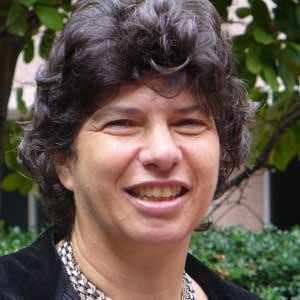 Dr. Louise Shelley is a University Professor as well as the Founder and Director of the Terrorism, Transnational Crime and Corruption Center (TraCCC) at George Mason University in Virginia. Her research focuses on the relationship among terrorism, organised crime and corruption as well as human trafficking, transnational crime and terrorism. She served on the Global Agenda Council on Illicit Trade and Organized Crime of the World Economic Forum (WEF) and was the first co-chair of its Council on Organized Crime.  She presently co-chairs a group on human trafficking within the Global Agenda Councils of the WEF. 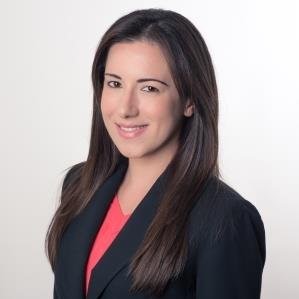 Sara Stefanski is a Sustainability Manager at Safeway USA, an American retail company that aims to take the lead in improving the areas of environmental sustainability, community impact and responsible business practices. She is responsible for developing, implementing and managing supply chain policy on sustainable sourcing as well as policy surrounding human trafficking risks. She also leads analysis of KPIs and metrics across supply chain for internal and public reporting. 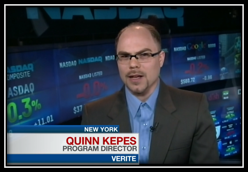 Quinn Kepes oversees Verité’s annual Emerging Markets Research Program, under which he supervises the work of field researchers in 25 focal countries for the New York City Employees’ Retirement System (NYCERS), manages Verité’s research project for the U.S. Department of Labor on the causal factors of forced labor, as well as the formulation of policy recommendations to combat this phenomenon in seven countries in Latin America, Asia, and Africa. Furthermore, he is the research manager for a Verité project to determine the ways in which Nepalese immigrants are trafficked to India, Israel, Malaysia, the United Arab Emirates, and the United States.