“Give Us a Baby and We’ll Let You Go”: Trafficking of Kachin “Brides” from Myanmar to China

The armed conflict in Kachin and northern Shan States has largely escaped international attention, despite 2018 findings by the United Nations that the Myanmar military has committed war crimes and crimes against humanity there. The atrocities against the Rohingya people in Rakhine State deservedly seized headlines, but the women and girls of Kachin and northern Shan States remain largely invisible victims. Too many of them are trapped—by the collision of war and displacement in Myanmar and the fallout from the destructive denial of women’s reproductive rights in China—in lives of unspeakable abuse. 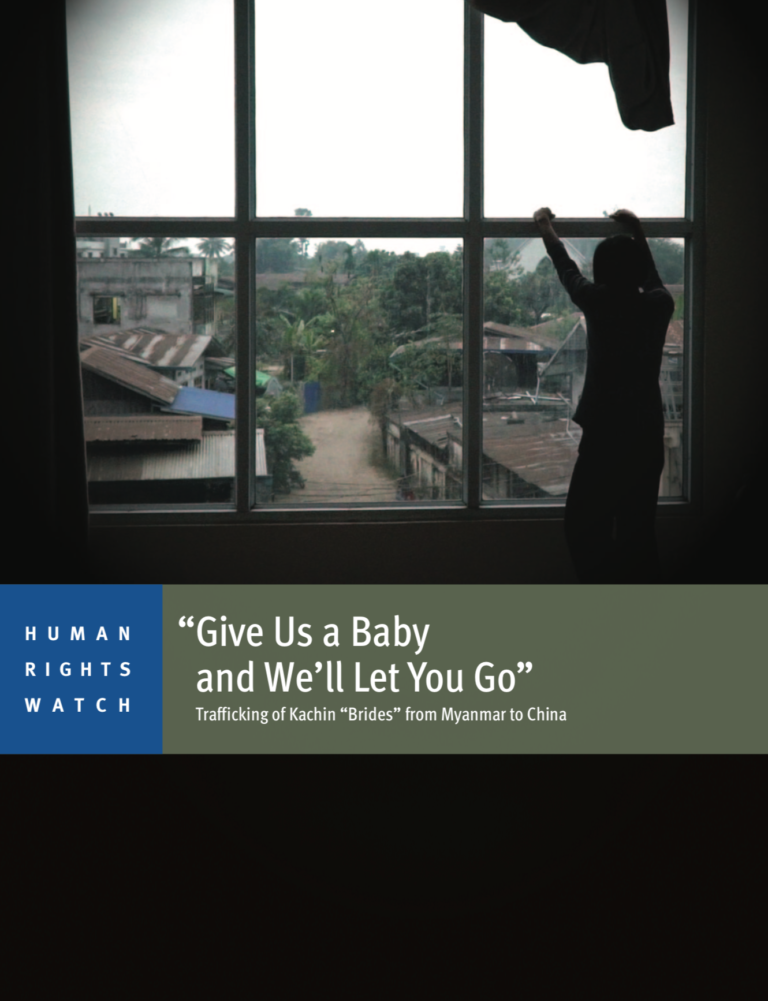 “Give Us a Baby and We’ll Let You Go”: Trafficking of Kachin “Brides” from Myanmar to China DOWNLOAD

This note focuses on one dimension of how technology-enabled worker voice tools can be used: to gather qualitative data about the nature of relationships between managers and workers or communities at factories, farms, mines, and plantations. This i...Read More

When planning the ReDirection project, we decided to inquire into the largest darknet communities of child sexual abusers and examine their members’ attempts to refrain from sexual violence against children and their support for each oth...Read More