For the first time, comprehensive data is available for human trafficking and high risk migration routes relating to Kenya. The data identifies 38 countries as origin, transit and destination locations for abuse of victims – including eight countries in the Middle East/Gulf States, three countries in Europe, and five countries in Asia.

The data collection, which is a joint initiative between the national coalition Stop the Traffik-Kenya (STTK) and Freedom Collaborative, compiles the data from CSOs that work with survivors and at-risk populations in the country.

The results show the value of data sharing. They reveal some of the regional dynamics in the movement of people and human trafficking activity: There are clearly routes that are more commonly used by those involved in forced labour and human trafficking and the range of movement is extensive both in number of routes and distance covered.

The data shows Nairobi as a main destination for rural to urban migration from Kenya and surrounding countries, as well as a major transit hub for migration to Europe, Asia, and the Middle East. While Domestic Servitude and Commercial Sexual Exploitation are the most prevalent reported forms of exploitation, in total 17 different industries, sectors, and forms of trafficking were mentioned in the data.

The data was compiled using Freedom Collaborative’s Victim Journey Tracker tool and has been added to the global map of human trafficking routes. 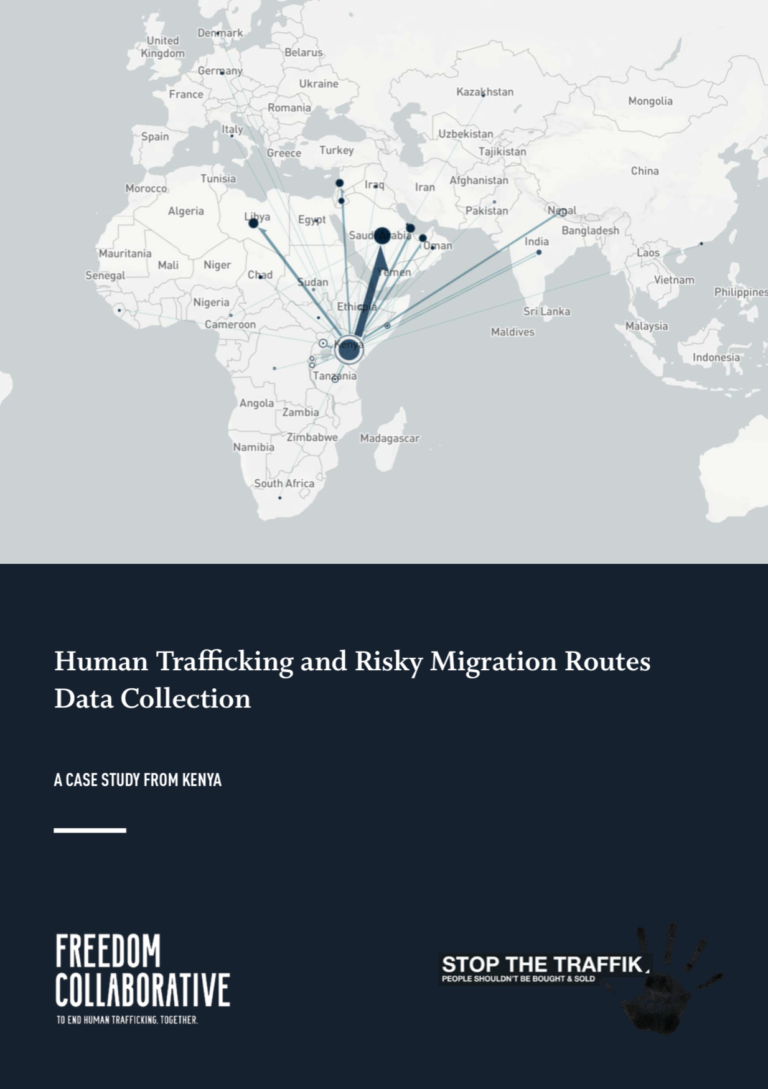 Impact of mobile technology for survivors of modern slavery and human trafficking: A mixed method study

Enabling access to online services through mobile technology is an essential need for survivors during the Covid-19 pandemic. It should be considered a feasible and necessary element of survivor support packages outside a pandemic. Further research ...Read More

Backpage.com is a classified advertising website which is frequently used by potential traffickers to post advertisements for commercial sex with potential victims of trafficking. The National Human Trafficking Hotline has received a number of repor...Read More