Thousands of children affected by modern slavery are being failed by the system.

There are at least 5,000 children of modern slavery victims in the UK and the majority are not getting the support they need, with many more potentially lost in the system. That’s according to a new report by the crisis charity Hestia.

The charity, which supports over 2,200 adult victims of modern slavery and 1,200 dependent children each year, says that children who were with their parents while they were exploited, or born as a result of exploitation, are not being recognised and often experience profound trauma.

In its report, ‘Forgotten Children’ Hestia have estimated 5,000 children are being affected but warns the actual figure could be much higher. The report, which examines the experiences of mothers and children supported by Hestia, found that a mother’s trauma can have a deep and long-lasting impact on a child’s life, even leading to developmental delays and poor mental health.

Hestia is calling on the government to amend the Modern Slavery Act 2015 and enable children of modern slavery victims to be recognised as victims in their own right alongside introducing a new system of Children and Family Advocates to focus on the needs of the child.

As well as recognising children as victims in law, Hestia is calling for training for health professionals, teachers and social workers, to improve their understanding of how modern slavery can impact a mother and child. 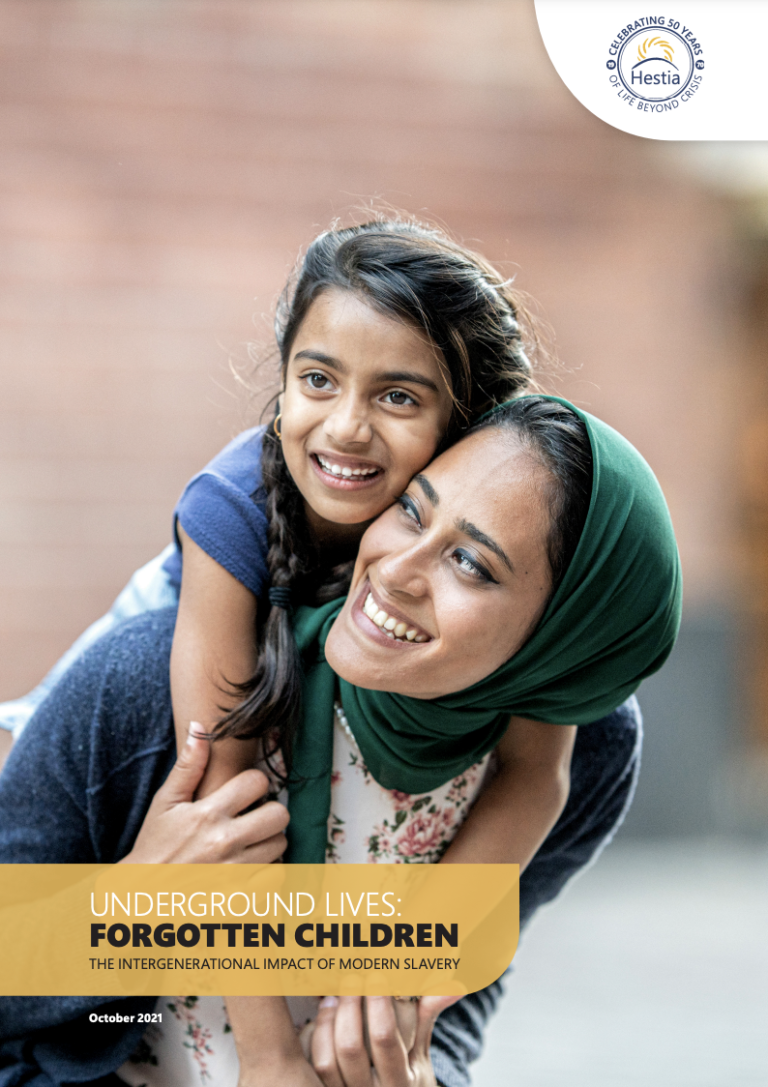 Current and emerging forms of slavery

In August 2019, Stop the Traffik Kenya (STTK) and Freedom Collaborative (FC), a project operated by Liberty Shared, had conducted a data collection exercise with civil society organizations (CSOs) in Kenya, to report on known human trafficking and h...Read More

Funded by the Global Partnership to End Violence against Children, through its Safe Online initiative, ECPAT International, INTERPOL and UNICEF Office of Research – Innocenti worked in partnership to design and implement Disrupting Harm – a rese...Read More

Over the past several months, in Issara's ongoing engagement with brands and retailers, business associations, and environmental sustainability colleagues, Issara has been asked many times what worker voice is. It is widely observed at this point t...Read More