The U.S. Department of State released its 2021 Trafficking in Persons (TIP) Report – the 21st installment of this annual publication. As required by the Trafficking Victims Protection Act, the TIP Report assesses government efforts around the world to combat human trafficking and highlights recommended strategies to tackle this crime and protect victims.

For the first time, the report warns of the dangers of systemic racism and acknowledges that discriminatory policies perpetuate human trafficking.

The 2021 report downgrades Guinea-Bissau and Malaysia to Tier 3, the lowest ranking, after they spent three years on the Tier 2 Watch List yet failed to take steps to improve their anti-human trafficking efforts. As reported by Reuters, Malaysia’s downgrade comes after a string of complaints by rights groups and U.S. authorities over the alleged exploitation of migrant workers in plantations and factories. The North Korean regime, and the governments of Afghanistan, Burma, China, Cuba, Eritrea, Iran, Russia, South Sudan, Syria and Turkmenistan are listed as complicit with a “policy or pattern” of human trafficking.

Fourteen other nations, including Afghanistan and Pakistan, are also criticized for their use of child soldiers, which can result in the loss of U.S. military training assistance, and restrictions on security assistance.

Four countries – Belarus, Burundi, Lesotho and Papua New Guinea – have been removed from Tier 3 and placed on the Tier 2 Watch List. Saudi Arabia is upgraded for the second year in a row, to Tier 2. 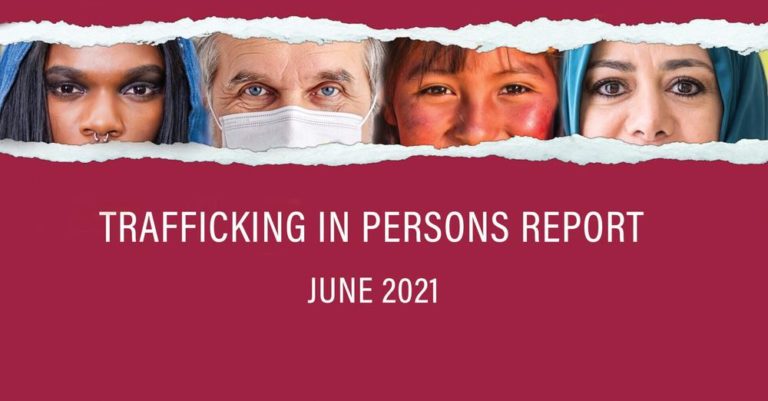 Trafficking in Persons Report 2021 - US Department of State DOWNLOAD

Global Report on Trafficking in Persons 2020

Advances in technology and the COVID-19 crisis have made millions more people vulnerable to trafficking, says UNODC Traffickers have integrated technology into their business models at every stage of the process, from recruiting to exploiting victims, according to the UNODC’s 2020...

This Trafficking in Persons (TIP) Report calls upon all governments to ensure they are addressing all forms of human trafficking and to reject the common misunderstanding that human trafficking requires movement across borders or even to another town. It highlights...